Print
Alan Oxley is one of Australia's most authoritative advisers on international trade. He has an enormous depth and spread of experience, drawing on more than 30 years of practice, first in government as a successful trade negotiator and then as an influential adviser to the private sector in the core competences of ITS Global. 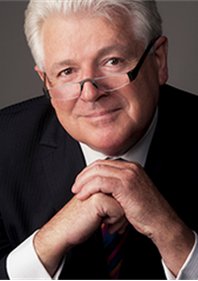 Alan was a pleasure to work with and someone we hope to see again sometime in the future. His knowledge about trade and business with Asia is truly mind blowing, he was very interesting to listen to and had some very wise words for all those involved in the dairy industry.

Your topic and the manner in which you delivered your address created a lot of interest amongst our delegates and contributed greatly to the success of the session.

He wasn't afraid to make controversial statements. He was very well researched and spoke with authority.

A lively and stimulating lecture, all in attendance benefited greatly from your knowledge and experience in the area.

The University of Melbourne

His presentation was one of the most interesting and professional of the entire conference.

His superb understanding of both coalition formation and the agricultural trade negotiations was delightfully received.

Alan Oxley is one of Australia's most authoritative advisers on international trade. He has an enormous depth and spread of experience, drawing on more than 30 years of practice, first in government as a successful trade negotiator and then as an influential adviser to the private sector in the core competences of ITS Global.

Alan is Managing Director of ITS Global and publisher of Trade and Prosperity. Before establishing the consultancy in 1989, Alan was a career diplomat. He represented Australia in Singapore, at the United Nations in New York and in Geneva. He transferred to the Trade Department in 1985 and served as Ambassador to the GATT, the predecessor of the World Trade Organization, until 1989. He played a key role in creating the ground-breaking coalition of agricultural exporters, the Cairns Group. He was the first Australian to serve as GATT Chairman.

Alan is Chairman of the national Australian APEC Study Centre, one of Australia's leading Asia Pacific Research Centres, based at RMIT University, Melbourne and is the founder and Chairman of World Growth, a free market NGO based in the United States. He is also a Senior Fellow of the European Centre for International Political Economy (ECIPE), Brussels.

Alan Oxley has a wide knowledge and deep experience about Australia’s place in the global economy.   He did Asian studies at University then spent two decades in Government as a diplomat in Asia, Europe and the US, a political adviser and Trade Ambassador.  He then moved to the private sector, advising business in Australia and the region and was active in the not-for-profit sphere on Asian engagement and economic growth.

He runs a strategic consultancy and advises on international engagement, economic impacts, business risk, sustainability and corporate governance.  It has clients in Southeast Asia, the Pacific and Australia. It also advises major corporations, government departments and national business associations.

ITS Global also delivers aid programs to promote growth, including for the APEC Secretariat in Singapore and the ASEAN Secretariat in Jakarta.  Its consultants have worked in most Asian economies.

Alan is a regular commentator in Australian and international media, including CNBC, Bloomberg and The Jakarta Post. He is a former Chairman of the GATT, the predecessor of the World Trade Organization (WTO). He played a leading role in putting Australia centre stage in the most important international trade reforms since the GATT was established.

Alan has chaired the Australian APEC Study Centre since 1996, located initially at Monash University and now at RMIT University, which has developed as the leading study centre in the APEC region.  He also established a pro-growth Non Governmental Organization, World Growth.

In 1990 he published “The Challenge for Free Trade” which was regarded as one of the first books which demystified the arcane world trade negotiations. In 2000 he published “Seize the Future” in which he forecast Australia had entered a golden era of growth.  The book did not sell because, as his publisher warned, Australia’s reading public was not interested in optimism.

What to expect in the Pacific Century

Immigration - the key to Australia's future