Print
Alison was born and raised in the seaside city of Port Elizabeth in South Africa. Showing her leadership qualities even in her youth, she was Head Girl of Collegiate High School for Girls in 1985. After studying at the Port Elizabeth Technikon for... 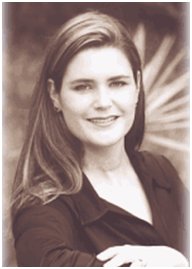 Alison was born and raised in the seaside city of Port Elizabeth in South Africa. Showing her leadership qualities even in her youth, she was Head Girl of Collegiate High School for Girls in 1985. After studying at the Port Elizabeth Technikon for a further year, she worked for three years before travelling to London in 1990. She spent four years overseas working and travelling. On her return to South Africa, she took up a position as an Insurance Broker with a Port Elizabeth business.
In December 1994, Alison was abducted outside her home by two men who raped, stabbed and disemboweled her, finally slashing her throat 16 times to make sure she was dead. No-one could have believed that anyone with such severe injuries could live but, miraculously, she did.
The manner in which she survived, her inner strength and determination, her lack of bitterness, and her serenity and humility captured the attention of the whole of South Africa. In 1995, she was awarded the prestigious Rotarian Paul Harris Award for 'Courage Beyond the Norm'. In the same year she was the first recipient of the Femina magazine's 'Woman of Courage' award. She was also chosen as Port Elizabeth's Citizen of the Year at a glittering ceremony.
Alison has been speaking on the professional speaking circuit for several years. Her aim to 'make a difference' has been overwhelming as she has spoken to countless thousands of people which include large business corporations, women and social groups as well as several schools. She has addressed international audiences in over 20 different countries including the USA, Australia, Europe, Asia and Africa.
Audiences sit in rapt attention as Alison speaks of the brutally cruel torture to which she was subjected and how she has overcome the challenge of that experience by applying her own ABC - Attitude, Belief and Choice. You learn to recognise the importance of attitude at all times. You will gain insight into the power of belief in yourself and she will share of the freedom and responsibility of making choices, no matter what happens in your life.
Not everyone has the natural talent to inspire others from bad experiences but her message teaches how valuable life is and that the solutions to the challenges facing us lie within ourselves. Alison weaves her three strands of her life's philosophy - attitude, belief, choice - into an unbreakable lifeline of strength for all to hold onto as a life skill never to be forgotten.
Subscribe
© 2022 Platinum Speakers