Print
Founder of PacSoft software business Andrew Darbyshire AM, has achieved success the hard way. Today this Melbourne-born international business man is an accomplished author and philanthropist with staff and offices across Australia, New Zealand... 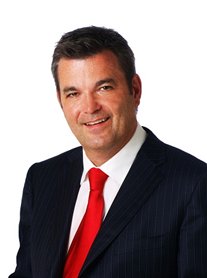 Testimonials for Andrew Darbyshire AM

“On behalf of Linfox, I would like to thank you for speaking at our Senior Leadership Conference in May. While at times very emotional, your story highlighted the need for persistence and courage which is a timely message for our people in senior leadership roles. Without these qualities, the path to achieving our goals can become long and treacherous.”
DAVID ARKELL, PRESIDENT HUMAN RESOURCES – LINFOX

“If you attended this morning’s braekfast with Andrew Darbyshire I’m sure that, like me, you are still feeling the power of that silver bullet. Such a high impact message delivered in straightforward style – Andrew we salute and thank you for the gems you shared. We got the key message that “people don’t buy what you do, they buy why you do it” and then Andrew took us a step deeper to explore our own strengths and passion to help us connect or reconnect to our passion...”
PAM MacDONALD – BREYK-THROO GROUP

“Thank you for your involvement in the success of the recent conference. Your presentation to the conference definitely furthered the objective by analysing the strategic and practical realities of sustainability with your organisation. There has been very positive feedback from the student and faculty body.”
MELBOURNE BUSINESS SCHOOL
Andrew Darbyshire AM travels from VIC
Fee Range: Up to $5000

Founder of PacSoft software business Andrew Darbyshire AM, has achieved success the hard way. Today this Melbourne-born international business man is an accomplished author and philanthropist with staff and offices across Australia, New Zealand and the USA.


Andrew developed a passion for electronics at an early age, spending hours dismantling things to see how they worked. In 1976 at the age of 15, he left school for an apprenticeship in radio station engineering at 3DB whilst studying at the Royal Melbourne Institute of Technology (RMIT).

In 1979, Andrew acquired a position at Time and Frequency Technology in California’s Silicon Valley, the heart of America’s broadcasting and technology sector. This propelled him into founding his own software company PacSoft in the mid 1980’s, publishing inventory management software. In 2000 Andrew sold PacSoft to a small public company in Sydney for $7.5 million, then bought it back in 2004 for $200,000. He has since rebuilt it to become a leader in it’s class throughout the world. From some 30 staff, 10 have been with Andrew for more than 10 years.

Business acumen and success aside, Andrew is author of the book “Think Big and Live Large” and has also been publically recognised for his philanthropic work. In the 2012 Australia Day Honours, he received the Order of Australia membership for service to the community as a supporter of child-related brain conditions, through contributions to special needs children and their families, and to the arts.

This recognition and the work Andrew undertook in inspiring his nomination, was born from a very personal experience. In 2006 his daughter Caitlin, at 8 years old, died of brain tumours she had suffered all of her life. She inspired Andrew to help others like her. Having seen the joy Caitlin derived from animals, Andrew lobbied for 10 years to incorporate zoo exhibits into Melbourne’s new Royal Children’s Hospital. Andrew sees the result as a fitting legacy for Caitlin, who was loving and resilient despite a life of pain, including 10-hour surgery to remove part of a brain tumour in 2001.

Andrew has also founded “Caitlins Fund” for research into child-related brain conditions at the Florey Neuroscience Institutes, as well as “Caitlins Retreat”, a respite facility in Eltham for special needs children and their families. He has served as chairman of Child Abuse Prevention Research Australia; on the boards of the Zoos Victoria Foundation, The Song Room and the Petstock Charitable Foundation, as well as being a member of Committee for Melbourne. He is also a Councilor of AbaF (Australian Business Arts Foundation) and a Fellow of the Australian Institute of Company Directors.

Andrew knows the discipline that is needed to achieve true success. A good mix of humour and emotion makes Andrew’s keynotes suitable for conferences, after dinner entertainment, sporting club functions and business meetings. Your team will walk away from his presentation renewed, equipped and empowered to make a real difference.

3D’s To Success
Is Your Business on Purpose™?
When You Know the Why, the How Follows Naturally
When You Are on Purpose™ Failure is Not an Option