Print
Anne made her mark as one of Australian television's best-known and most respected journalists. Now she operates her own media consultancy company and is one of Australia’s most sought-after corporate hosts and facilitators. 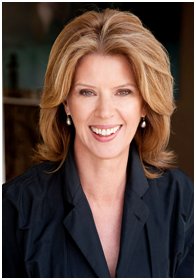 Thank you for… the opportunity of meeting Anne Fulwood who gave us an insight into her life in front of the camera, and of the path that lead her there.

Anne Fulwood was just great… she must be terrific in a boardroom lunch.

The performance you gave as MC was stunning and the audience loved it. We are so grateful to you for being involved and helping us create a memorable evening for our guests.

Anne handled the job superbly. She also put in the extra effort of research and preparation for the event. She is easy going and great to work with.

She established herself on the Channel 10 Late News and finished a long career of network news presentation on Channel 7, before making her corporate switch. During that time she became well known and respected as a corporate, government and charity MC, and is now focusing much more on that realm. Anne has an enviable list of connections across business, politics, the arts, sport and the media, and is an engaging and entertaining speaker.

Her credentials as a corporate host and MC speak for themselves: hosting major events on behalf of the Prime Minister, Federal and State government ministers, as well as a big role with Telstra and other major corporate entities. In 2007 Anne was appointed by the Commonwealth of Australia as the official spokesperson for the APEC Summit. Her interest in the arts is widely acknowledged – she serves on the Board of Trustees of the Art Gallery of New South Wales.

Anne has a broad range of interests, including corporate communications and presentation, contributions to community and philanthropy, and she has worked with numerous leading corporations, CEOs and representatives of Government during her extensive career. From a rural family, she has a strong interest in primary industry, and sustainability for the future – particularly of concern is the River Murray and maintaining the health of our water resources for future generations.

Anne is an enthusiastic collector and supporter of Australian contemporary art, retains her passion for news and current affairs and popular culture, and believes very strongly in contributing towards business/corporate and community partnerships.

She’s also trying, with little time or success, to lower the golf handicap!

She has previously served on the Council for Australian Honours, the Film and Literature Board of Review, the National Film and Sound Archive (ScreenSound Australia), and has also served on the board of ‘The Eye Foundation’, a research funding initiative within the Royal College of Ophthalmologists.

Anne’s great strength is her ability to engage with people, her outstanding professionalism and warmth of presentation, and her broad range of interests. In the business of communications, she’s one of the best!

Anne's Top Tips for Triumph (in public presentation and communications)

From country Australia to the big end of town!

How being OK at tennis, led to a career at the top of Australian media (Lessons in sport deliver the goods in business!)