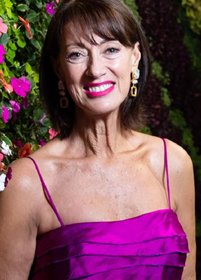 Anne Sargeant OAM travels from NSW
Fee Range: Up to $5000

Anne Sargeant OAM is an Australian Netball Sporting Champion having represented Australia for over a decade.

In December, 2019, Anne was elevated In the Netball Australia Hall Of Fame to “Legend “, hence bestowed the highest honour awarded by her sport.

Anne Sargeant represented Australian Netball for over a decade, 1978 - 1988, captaining the Australian Netball Team for six years. Perhaps one of the greatest ambassadors for sport this country has known, Anne has continued to channel her many talents into sport and the media.

Anne’s representations have included the Australian Sports Commission, the NSW Australia Day Council, Children’s Week, Board Member – McDonald’s, School Sport 2000 Committee and Patron of the 1994 Year of the Coach.

Her talents as a public speaker are highly regarded and resulted in Anne being awarded the Communicator of the Year Award by the Public Relations Institute of Australia.

Among many highlights of Anne’s career was a tour of Wales in 1985 when she captained an undefeated Australian side and posted a career personal best of three consecutive 100% shooting games. In that year, she was named the New South Wales Sportswoman of the Year. She was inducted into the NSW Hall of Champions in 1988 and awarded the Medal of the Order of Australia that same year for her service to netball.

After she finished playing and coaching, Sargeant continued to promote the sport as a writer and media comentator. Her talents as a public speaker are well known and recognised when she was awarded the 1992 Communicator of the Year Award by the Public Relations Institute of Australia.

In 2004, Anne was named Sydney's Greatest Ever Netballer and in 2006, Anne was listed in Australia's 101 Best Sports Stars of our Time.

Anne is a respected columnist and most accomplished after-dinner and motivational speaker.

Anne is well known for the following…