Print
Since winning the coveted Perrier Best Newcomer Award at The Edinburgh Fringe Festival in 1997, Arj Barker has firmly established himself as one of the golden boys on the international comedy circuit. Australian audiences have grown to know and love his unique observations, heavy sarcasm and loud anger. 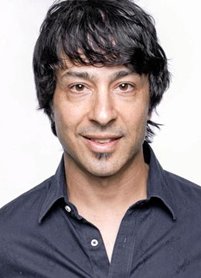 It’s a joy to spend an hour in his world. 5 Stars

If comedians are the new rock stars, then Arj Barker is stand-up's Dave Grohl

Arj sold every ticket last year and the year before and was the most popular comic. Australians love his warped self-deprecating humour.

He's been killing it for decades (he first appeared at the MICF in 2000), he's laid back but edgy, he's got clean and simple timing, and he keeps producing original material that resonates with a broad audience.

Barker's latest show, We Need To Talk, is typical of his shrewd observational humour.

There is a neat thread that flows through the routine, that could be summed up as a series of hilariously astute – but never cliched – expositions that he describes as ''life hacks''.

Helping with the authenticity is the use of topical and home-town references.

And the audience is engaged in a way that is simultaneously pre-planned and spontaneous.

Like the Stones, Barker endures because he keeps finding ways to reinvent himself without ever deviating too far from what has served him well over the years.

It continues to work well.

Internationally renowned comedian born in California Arj Barker signed up for his first open mike at the age of 19. He began touring nationally by the age of 22, and in September of 1994, he placed 4th in the prestigious Seattle Comedy Competition.  Always an avid traveller, it was around this same time that Barker arranged to perform a series of dates in London, England.

Things didn’t start off very well overseas. He bombed so hard his first night in London, that, following the performance, he wept. Niget Watkins, the agent who brought him over from America remembers seeing Arj crying like a baby backstage.  “I thought he was rehearsing some new material.”

Out of necessity, barker wrote a new act for the English audiences, based on the impressions of a newcomer in their country.  It was very well received, and several years and many visits later, he took his act up to the 1997 Edinburgh Fringe Festival. His one-man show, Letters to America not only sold out, but won him the coveted Perrier Best Newcomer Award, one of the highest honours bestowed to an act at the festival.

Riding the wave of good publicity following the festival, Arj landed a featured role in the BBC 3-part television drama Shooting the Past.  It was the first serious acting role he’d done professionally, but the critics called him “unbelievable”.  To this day, nobody’s really sure of they meant it as a compliment.

Though acting is a consideration, Barker seems to enjoy doing stand-up and travelling most. And so he continues to tour the world, bringing his original band of humour wherever there’s a stage and an English speaking audience.  To date he has performed in over 10 countries including Canada, Ireland, Germany, Holland, Denmark, Sweden, Norway, Australia and even China.

On television, he is a regular guest on programs including Spicks and Specks, Rove, Thank God You're Here, The Footy Show and Good News Week.

As much as he travels, Arj always looks forward to returning to the US, and his reputation as a comic continues to grow there with frequent appearance on such talk shows as The Late Show with David Letterman, and Late Night with Conan O’Brien.

Arj Barker is seen by many as Australia's own adopted son of comedy. Australian audiences have grown to know and love his unique observations, heavy sarcasm and loud anger.