Print
Babs McHugh is the National Resources Reporter for ABC Rural Radio and Online, a position she has held, this time round, for the last 4 years. From the boardroom to the bush, Babs McHugh can relate to whoever she is interviewing and is well known for her earthy sense of humour and quick wit. 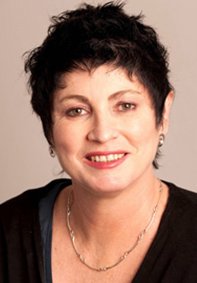 "Your contribution to the smooth running of the program ensured our delegates experienced a very professionally run and 'on-time' event. Many of our members and staff commented on what a great job you did in assisting us with the program. In particular your wrap up of the day's events was informative and entertaining. Thank you for helping to make the AMMA 2010 National Conference such a great success."

"Babs McHugh added a warmth and professionalism to the launch of our exhibition 'The Flying Doctor – our Western Australian story'. Since the event I have had positive feedback from a number of guests who attended the function on how much they enjoyed Babs' presentation style."

'Babs was the highlight of the weekend's speakers."

Babs McHugh travels from WA
Fee Range: Up to $5000

Babs McHugh is the National Resources Reporter for ABC Rural Radio and Online, a position she has held, this time round, for the last 4 years. A graduate of the WA Academy of Performing Arts, Babs first joined the ABC as a Resources Reporter in the early 1990's when she was sent to the Pilbara for two years and immersed herself in the LNG and iron ore business. During that time Babs did many secondments to the WA Goldfields ABC and was instrumental in creating a permanent resources position there as well as moving the national position to Perth where many mining decision miners are based.

It's no coincidence that Babs McHugh is a Resources Reporter. Mining is in her blood. Her father was a pioneering underground air-leg miner at the Kambalda nickel operations. In 1969 he answered an advert in an Irish newspaper from a company called Western Mining and decided to move his wife and 5 young kids to the lucky country. It was the best thing that could have ever happened to the immigrant Irish family and in effect, he brought over 6 new miners for Australia.

One of the sons worked in the Kalgoorlie Nickel Smelter for almost 20 years and the other has spent much the same time drilling both on and offshore. She has a sister who, as a registered nurse, worked as a mine-site medic and is now in charge of safety systems analysis at major gold mines in WA.

Her other sister is involved in mine worker recruitment and Babs herself was one of the first female shotfirers in Australia, getting her certificate from the WA school of mines in 1987. With that background in, and love of, the resources industry it's no wonder she entered the field she did, a field she has excelled in.

Her on the-ground experience coupled with a direct and penetrative style has made Babs a respected Resources Reporter by her peers and the mining industry. She has won an award for excellence in Regional reporting and the AMEC Electronic Media Award. Her work is broadcast widely across every network on the ABC, including Local Radio, Radio National, News Radio, Radio Australia, The Country Hour and Online.

From the boardroom to the bush, Babs McHugh can relate to whoever she is interviewing and is well known for her earthy sense of humour and quick wit. "I'll happily nail my colours to the drill mast" she says. "The Resources Industry is the beating heart, the life blood, the back bone of Australia and its economy"

"I think our urban based population needs to understand that much more and I do all I can, in a balanced and honest way, to ensure they do."


Babs is also a first class MC who has hosted numerous government and corporate events.