Print
Ben Tune is undoubtedly one of Australia’s most memorable and one of the world’s most entertaining rugby players. Together with his strength and determination, his electrifying speed, uncanny turn of pace and genuine ability to beat an opponent, have seen him terrify opposition defenses and excite rugby lovers throughout the world. 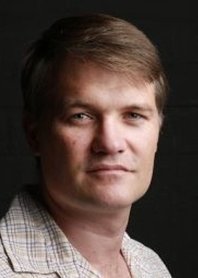 “Ben has a unique and entertaining way of discussing topics that are serious but necessary. He blends humour with heartbreaking anecdotes to convey the horror of addiction and mental illness, with the miracle of survival.

He does it with raw honesty which allowed the audience to self-reflect, empathise, and leave feeling full of hope”

"I engaged Ben to speak at two functions, addressing two groups of employees from all levels of the organisation. His story and testimony of his professional sporting career and his personal challenges following this, was delivered in an engaging and personal manner, with feeling, humour and with a strong message to the audience. I would not hesitate to have Ben present at further functions or events, as his message is important and should be heard."

Ben Tune is undoubtedly one of Australia’s most memorable and one of the world’s most entertaining rugby players. Together with his strength and determination, his electrifying speed, uncanny turn of pace and genuine ability to beat an opponent, have seen him terrify opposition defences and excite rugby lovers throughout the world.

Ben was educated at St Paul's College, Bald Hills and played his junior rugby for Brothers/Teachers North. He went on to play for GPS Rugby. He played for the Queensland Reds in their inaugural Super 12 season in 1996, making his debut against the Highlanders. After playing in the first season of Super 12, Tune went on to make his test debut that same year, playing Wales.

Tune was a key member of the Australian side that claimed the 1999 Rugby World Cup in Wales, even scoring a try in the final against France. Bad luck struck in 2004 with Tune missing the entire 2004 Super 14 season through injury. He was however, honored to be named on the right wing in the Wallaby Team of the Decade.

Tune made an outstanding return to form in 2005 with 6 caps in the Super 12 competition. After rejecting the advances of new kid on the block, the Western Force, Tune signed a two-year deal in May 2005 that saw him finish his illustrious career with the Qld Reds.

Now retired, Tune has stepped off the field to become CEO of Pivot Sport & Entertainment (a Sport & Talent Management Company).  He is a partner in a new company "New Arenas” (concentrating on business coaching, creation and capital) and is the owner of a Bank of Queensland franchise. He was part of the Network Ten commentary team for the 2007 Rugby World Cup.

In 2013, Ben spoke candidly about his long battle with depression, leading to a suicide attempt, and his challenge to overcome this chronic illness. Ben’s raw honesty exposes such a private yet common issue that you can’t help but admire his strength and determination, not only to beat such a crippling illness, but to share his story in an effort to help others.

Ben has a wealth of experience and wisdom on and off the rugby field. He can talk about a variety of topics including his rugby career, comparing business with sport, and stories from the lighter side of the game.

My personal battle with depression

Parallels of business and sport

My rugby career – and the lighter side of the game