Bev’s speaking encompasses life skills and personal growth. She started and ran the Peter Brock Foundation for 7 years and is patron of the Lighthouse Foundation and a number of Road Safety Organisations. She sits on the board of the Skyline Education Foundation and was awarded the Prime Ministers Centennial Medal. In 2015 Bev was awarded an OAM for services to the community. 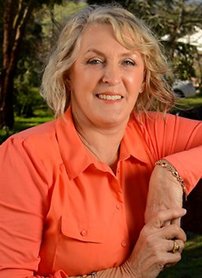 I’ve had the privilege to experience Bev Brock’s public speaking abilities from both an audience, and co-speaker perspective on a number of occasions. Bev is a unique personality and her presence on stage instantly captures the audience’s attention. She always ensures that her presentations are tailored  to suit the theme or key messages for each event. Bev shares the messages from her life experiences with great passion and this makes her a highly engaging speaker and presenter.  She is terrific to work with and always goes the extra mile. I’d have no hesitation in recommending Bev Brock for any speaking engagement.

To be honest, I didn’t know who Bev Brock was. I’m not really a sports loving person, etc etc.... but I have to say, Bev got my attention for the entire time she spoke. To hear that tiny exert from her story, (a glimpse of what her life was like) and what she went through, and her highs & lows, was amazing, mesmerizing at times.

I think she captured everyone in that room, she was real, she wasn’t pretentious or egotistical. She never came across as someone who is out for fame money or fortune just because she was married to a “superstar’.

Her message of “listen to your body & take care of yourself”,,,, and if it’s not broken,,,, don’t try and fix it, I think resinated with everyone one way or another.

Dear Bev, I was at your presentation today at Clayton Ladies Probus.  When I heard you were the speaker I was half-hearted as I thought it would be all about car racing.  How wrong can you get. I enjoyed every minute of your presentation and was sorry when it ended. Congratulations on the way you put your presentation together and the way it just flowed on from one part of your life to another.  I hope I get the opportunity to see you again.

Bev Brock was born and raised in West Australia. She is a former teacher and partner of Peter Brock for 28 years, is a mother of three with three grandchildren.

At 21 years of age, devastatingly Bev broke her neck in a Water-Skiing accident.  With 2 crushed vertebrae in her neck and 5 damaged in her spine , the surgeons told Bev she would never be able to play sport or have children.  It was during this fragile time in her life that both her interest in health and well-being and her Herculean spirit developed and as you can see today, she has defied the prognosis of the “experts” to lead not just an active and healthy life, but also quite an extraordinary one.

Bev met Peter Brock while living in Sydney however moved to Melbourne with her son James to be with Peter where she undertook post graduate studies in Special Education. Robert and Alexandra were born to Bev and Peter within the next four years.

While Bev was raising her family she was also involved with Peter in his joint venture with Holden – Holden Dealer Team Special Vehicles and HDT Racing.  The company employed approx. 80 people and Bev for a while looked after the Human Resources & administrative requirements of the Company.

In 1997, Peter and Bev cofounded the Peter Brock Foundation which was administered by Bev and initially funded by Brock fans via membership subscriptions.  The foundation supported people in crisis who often ‘slipped through the net’ of larger charitable organizations. Bev closed this down several years ago.

Bev is a member of the Melbourne Rotary Club, was a long time Patron of the Road Trauma Association, is currently a patron of the Lighthouse Foundation, L2P and Fatality Free Friday and is on the board of the Skyline Education Foundation. She is a tireless contributor to the community and a dedicated environmentalist with a self-confessed fascination with people and ‘what makes them tick’. To this end she studies and researches Bio Chemistry and Neuro-plasticity of the Brain and Epigenetics

Bev was awarded the Prime Minister’s Centenary Medal for Community & Charity Work, and the 2003 Nillumbik Shire Citizen of the Year for her work within her local community. She was listed in Who’s Who of Australian Women in 2007 and was a finalist in the Brain Link Woman of Achievement Award in 2009. In 2016 Bev was awarded an OAM for Services to the Community.


Bev is the author of ‘Peter Brock – Living with a Legend’ which was released in late 2004 and went straight on to the bestseller list. She also wrote Life to The Limit compiled and wrote a memorabilia of ‘Peter Brock’ and contributed to the Archival Histories of the Carlton, Collingwood, Hawthorn and Richmond Football Clubs.

Bev’s speaking encompasses life skills and personal growth. She started and ran the Peter Brock Foundation for 7 years and is patron of the Lighthouse Foundation and a number of Road Safety Organisations. She sits on the board of the Skyline Education Foundation and was awarded the Prime Ministers Centennial Medal. In 2003 she was named Nillumbik’s Citizen of the year and in 2007 was listed in the Who’s Who of Women in Australia. In 2015 Bev was awarded an OAM for services to the community.

Bev Brock is an inspirational woman with a diverse life story to share.

Bev Brock – ‘Life to the Limit’

Making the Most of Your Life