Print
Lovable larrikin Billy Brownless can make your event the success it should be. From Awards Dinners, Sportsman’s Night’s charity events and more Billy Brownless will assure the occasion will be entertaining and memorable. Bill is one of the most popular AFL profiles available for corporate and sporting club events throughout Australia. 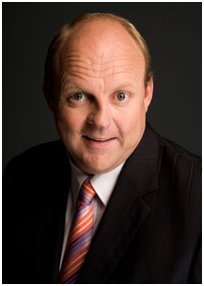 “Outstanding. Billy, in his own irreverent way, was a perfect fit for our clients who attended our golf day and dinner. His humour and "approachability" both before and during the event was terrific and moreover, his preparation for the various parts of the day (on-course celebrity, MC, Sports panel member and auctioneer) were nothing short of first-class. I couldn't recommend him highly enough”
MYOB Australia

“Excellent.  Billy was hilarious, extremely accommodation and very friendly.  He was wonderful an suited out requirements perfectly.  Thanks Billy!”
AXA

"We wanted Billy to just be Billy and that is exactly what he did - he chatted to guests, told a few gags and MCd some sections of the day.  He also made a point of learning about some of the products being exhibited and chatted about them too."
Kerry Freer - Kerry Freer Events

“Billy was exactly what we expected him to be and the session ran very casually, as it had been planned, which was perfect. Billy suited our audience (which might say something about our audience!).”
Combined Rural Traders

"I wanted to say a very big thank you for such a great job you did for our Stockdale & Leggo Awards night on Tuesday. The client is extremely happy and thought the night was excellent (so did I). Your professionalism was very much appreciated and your easygoing nature really shone through."
Corporate Incentive Solutions Pty Ltd


Billy Brownless travels from VIC
Fee Range: Up to $5000

Lovable larrikin Billy Brownless can make your event the success it should be. From Awards Dinners, Sportsman’s Night’s charity events and more Billy Brownless will assure the occasion will be entertaining and memorable. Bill is one of the most popular AFL profiles available for corporate and sporting club events throughout Australia.

A great character on and off air, Billy Brownless has an active media career in radio and television, continuing to rank as a hit with audiences everywhere.

The former high-flying Geelong forward is best known for his decade long involvement with the Nine Network’s Logie award winning program The Footy Show. Brownless is a regular panel member, previewing the upcoming round of AFL and is also a member of the Sunday Footy Show team.

Billy Brownless has had a long term involvement in radio, with his sense of humour and keen sporting knowledge combining to provide listeners with some fast-paced on-air action.

In 2010, Brownless joined the ever popular Triple M AFL coverage, eliciting more of the on-air banter that has made him a fan favourite. Teaming up with Footy Show cohort James Brayshaw as co-host of Rush Hour, Triple M’s drive time radio show which is on air Monday to Friday afternoons 4-6pm quickly become a radio sensation. Prior to this, Brownless was an original member of Melbourne’s 24-hour sports talk back station SEN 1116.

Third on Geelong’s all-time goal kicking list behind Gary Ablett and Doug Wade, Brownless is popular on the speaking circuit thanks to his many anecdotes from 25 years in both the football and media spotlight. In 2008, Billy released his first book “Billy’s Book for Blokes” which he draws on his own experiences and ideas to help guide the blokes in the 21st century. A second book, “The Best Man Walks Into A Bar Jokes” hit shelves in 2009.

Incredibly popular on the speaking circuit, Billy entertains crowds with anecdotes and plenty of humour drawing on 25 years in football.

One of Geelong’s most effervescent characters, Billy has four kids – Lucy, Ruby, Oscar and Max.