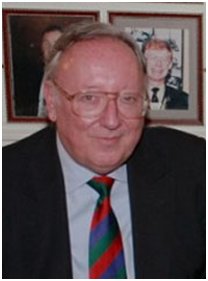 Testimonials for Bob “the Cat” Bevan


He is now in demand all over the world. He has twice toured Australia and is due back again for the 2010 Ashes Tour. In the past 12 months he has appeared in Bahrain, Singapore, Thailand and the West Indies.
Starting as a sporting speaker, he has spoken at 77 of the 92 Premier and Football League clubs, as well as countless, cricket, rugby, golf and other sports functions.
He is a regular on Channel 4’s “Countdown”, followed Danny Baker as host of BBC Radio 5’s “Six O Six” and became a fixture with Sir Terry Wogan on “Auntie’s Bloomers”.
Today he is also regarded as a fine corporate comedian, presenter and awards host. Unlike his goalkeeping he is a “safe pair of hands” with clean material.
His business background – he was PR Director for a major PLC for 14 years and is still a Member of the Chartered Institute of Public Relations and the National Union of Journalists – makes him an ideal choice for the corporate market.
Today he is not just an after-dinner speaker and comic, he is also a radio presenter, awards host, master of ceremonies, auctioneer, author (his book “Nearly Famous was a best-seller), journalist, scriptwriter, speechwriter, poet and, just occasionally, still a PR consultant.
Subscribe
© 2022 Platinum Speakers