Print
Former Test Cricketer Brendon Julian is a familiar face on Australian television screens, namely for his role as chief presenter of Fox Sports cricket programming, for his commentary on both international and national cricket coverage and as... 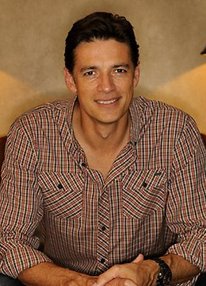 Brendon Julian travels from WA
Fee Range: Up to $5000

Former Test Cricketer Brendon Julian is a familiar face on Australian television screens, namely for his role as chief presenter of Fox Sports cricket programming, for his commentary on both international and national cricket coverage and as presenter of “Inside Cricket”.


New Zealand born, Brendon moved to Port Hedland in far north Western Australia with his family when he was seven. He has commented that “it was a huge shock moving from the green grass of New Zealand to the red dust of Port Hedland.” He began playing cricket whilst at boarding school in Perth and spent a season at the prestigious Australian Cricket Academy before joining the Western Warriors.

Brendon played 7 tests for Australia and 25 one-day internationals across his cricketing career during the 1990’s, including being part of the 1999 World Cup winning team. Standing 6’5” tall, he was a dangerous left-handed strike bowler and a handy hard-hitting lower-order batsman. He also achieved success at state level, winning back-to-back Sheffield Shield titles with Western Australia in 1998 and 1999.

Brendon retired from cricket in 2001 to concentrate on his television career, becoming presenter for Channel Nine’s travel program “Getaway” in 2003, and later, sports for “Nine News Afternoon Edition” before moving to his current position at Fox Sports. He has also been presenter on the travel program “Postcards WA” as well as watersport and activity series “Just Add Water”.

Despite an admission of complete lack of talent for cooking (his oven has never been used), Brendon has also entered into a partnership in a gourmet fish and chip café in Subiaco to mix “business with pleasure”.

After a childhood spent in boarding schools, Brendon now relishes living in the eastern suburbs community of Sydney with his wife Suzanne and two young children.

Brendon Julian is a popular and polished master of ceremonies and host of an array of events, from sporting functions to corporate conferences.
Subscribe
© 2022 Platinum Speakers