Print
For nearly four decades, Brian Nankervis has made Australians laugh. And that’s not an easy task because we’re a pretty tough crowd. Of course, it helps that he has many talents – poet, performer, writer, producer and one of the country’s best MCs. 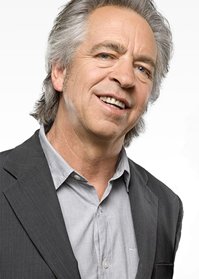 Brian was a huge hit. Our gala dinner was outstanding and in no part due to Brian’s enthusiasm. He is so easy to work with, and is a no-risk entertainer. Clean, appropriate, engaging, friendly … so many wonderful things. Everyone just absolutely loved him and everyone got into the Rockwiz competition. Having Brian as an MC for an awards with a Rockwiz show thrown in is a guarantee to an outstanding dinner event. Highly recommended.

Brian, just a quick note to say I thought you did the most magnificent job at The Logies. Everyone wanted to keep playing music trivia!!! Gary Sweet doing Mick Jagger to ‘Satisfaction'! Seriously, all through the night you were fantastic.

Brian is a great host and MC at these gigs – brings a warmth and humour and always well received by audience  - knows how to roll with the room.

Brian was so great that we immediately booked him straight away for next year.

We found Brian Nankervis to be highly professional in his approach as well as an excellent choice for both our MC as well as the entertainment. A few days before our event he was pleased to be involved in a teleconference with our event team and listened carefully to our comments, on the evening of the event he worked through our event plan with us and even noted difficult names in our event awards in phonetic format to ensure everything was correct. His attention to detail ensured that our event went well, plus when we had some minor changes during the evening nothing was too much trouble and he still delivered a perfect outcome for us. We cannot speak highly enough of his professionalism as our MC and, of course, his entertainment capabilities are also exceptional. As a result of Brian’s involvement we had comments that this was perhaps our best event ever!

Brian Nankervis travels from VIC
Fee Range: Up to $5000

For nearly four decades, Brian Nankervis has made Australians laugh. And that’s not an easy task because we’re a pretty tough crowd. Of course, it helps that he has many talents – poet, performer, writer, producer and one of the country’s best MCs.

Brian Nankervis taught primary school children at Wesley College, Glen Waverley and Kingswood College, Box Hill, for six years before fleeing the classroom in 1985 to become a waiter at Melbourne’s legendary theatre restaurant The Last Laugh. He later built his career in performance.

Originally best known for his character Raymond J. Bartholomeuz, an eccentric beat poet who was extremely popular during the 1980s and 1990s and made regular appearances on Hey Hey It’s Saturday.

Brian frequently appeared as himself on television and stage and was the regular warmup man and audience wrangler for The Panel and Thank God You’re Here.

In 2005, Brian co-created the SBS music trivia game show RocKwiz, which he also appears in as adjudicator and co-host alongside Julia Zemiro. In 2012, Brian hosted Pictures Of You for Channel 7 and since 2016 he has co-hosted The Friday Revue on ABC Radio.

Brian continues to work with his partner Sue Thomson and has co-produced some of her documentaries, ABC's Boys and Balls starring Roy and HG, Ted Whitten and Ron Barassi, Network Ten's Class Clowns for the Melbourne International Comedy Festival and Tempest at the Drop In.

Brian is a brilliantly clever talent and a consummate professional who does his homework to understand what makes any audience tick. Brian is one of Australia’s most celebrated MCs.

Brian Nankervis's Rockwiz - here’s how the night could unfold:

Brian will schmooze with guests during pre-dinner drinks, making himself known and finding out some interesting, “insider” details about the attendees.

He will then welcome everyone and ask one or two guests to join him on stage for some entertaining antics. He will perform moments of impassioned verse as Raymond J during this stage.

A participant, as chosen by Brian, then introduces him. The participant becomes the official scorer/adjudicator for the night.

The room is split in half (This can be done based on the location of tables and/or another differentiator, such as Victorian employees versus interstate/overseas’ employees), and Brian commences the quiz. By this stage, the room is well and truly warmed up. This component is performed with pre-recorded audio support.

Brian selects 18 lucky guests to play Rockwiz. These guests can, of course, be pre-selected.

Brian proceeds to run three rounds of Rockwiz with the participants. Each round consists of 6 x general knowledge questions, 4 x pick-the-riff and 4 x sing-alongs.

The night finishes with the 3 x winning teams having a whistle off as judged by the rest of the guests.