Print
Former Chief Commissioner of Victoria Police, Ms Christine Nixon was appointed in February 2009 to chair the Victorian Bushfire Reconstruction and Recovery Authority and tasked with the oversight and coordination of the largest recovery and rebuilding program Victoria has ever faced. In 2019, Christine was appointed the first female Commissioner for Queensland. 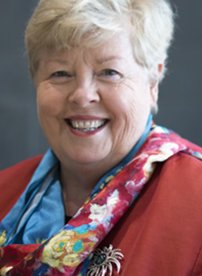 Christine’s insights on culture, diversity and the achievements of women (of others, as well as her personal achievements) made a very positive and significant impact on our Metro audience – the content, style and messages were incredibly relevant and delivered in a very down to earth, compelling and honest manner. Christine’s ability to translate her experiences, passion and key messages in an engaging story telling manner that resonate with a broad audience is truly a great skill. Would highly recommend Christine as an engaging, personable and highly knowledgeable speaker

Christine was an excellent speaker.

We received the following feedback from our staff: - Her insight and personal stories were an excellent example of how she was able to work her way up the corporate ladder and make positive change within a HUGE organisation. - Gave me an insight in to how to push yourself to improve your confidence in progressing within the work place. - Everyone has the ability to change to improve. - Christine Nixon was amazing - she is inspirational and managed to incorporate our values without actually using the words.

Christine was wonderful! Generous with her time and experience. Our students (aged 19-22) did not all know of Christine due to their age but they found her experience and advice on leadership extremely valuable.

Former Chief Commissioner of Victoria Police, Ms Christine Nixon was appointed in February 2009 to chair the Victorian Bushfire Reconstruction and Recovery Authority and tasked with the oversight and coordination of the largest recovery and rebuilding program Victoria has ever faced. In 2019, Christine was appointed the first female Commissioner for Queensland.

In August 2010 – 2011, Christine was the Victorian Government’s Advisor on Bushfire Reconstruction and Recovery, a voluntary role. She remains a member of the Victorian Bushfire Appeal Fund panel. She was appointed the inaugural Chair GSM from 2011 to 2019. In 2019, Christine was appointed Chair of the Board from the Royal Australian College of General Practitioners.

Christine was the 19th Chief Commissioner of Victoria Police, the first woman to become a police commissioner in Australia. She led 14,000 staff, operating across more than 500 locations and oversaw an annual budget of $1.7 billion.

She was a police officer for over thirty years and prior to becoming Chief Commissioner of Victoria Police she had an extensive career in the New South Wales Police Force, attaining the rank of Assistant Commissioner. Leading the Human Resource Command and three operation Regions.

Christine's performance as Chief Commissioner, in a sometimes controversial career where she challenged the institution to improve, is probably best assessed by a credible and academically rigorous study produced on behalf of the Council of Australian Governments (COAG) by the Australian Productivity Commission -  “…..overall high levels of community satisfaction and support for Victoria Police. Personally, Nixon enjoys very high levels of public support.”

In 2011, “Fair Cop” was published. It “candidly shares the public and private stories of Christine Nixon – woman, spouse, citizen, constable – on a journey that encounters tragedy, corruption, ambition and humility.” It was published through Random House, written by Christine Nixon with Jo Chandler.

In line with her public speaking skills, she is a contributor and lecturer in various leadership forums, including the Australian and New Zealand School of Government and Harvard University’s Policing Leadership Dialogue series. Christine also creates and delivers leadership courses with the primary aim of helping women to achieve positions of power and influence.

Her rise to the top and her unique view on women in law enforcement and the workplace makes Christine one of the most informational and inspirational public speakers in the country. Her presentations focus on women in business, succeeding in a male dominated profession, and how to build both leadership and teamwork skills. Christine is both intelligent and witty, making for a memorable and purposeful event.

Succeeding in a man's world