Print
Ricky Ponting once described Damien Martyn as “one of the world’s most unsung players in both forms of the game and I don’t think it is really understood how good a player he actually is. He is one of those players who, as the conditions and situations got harder and more difficult, the better he became”. 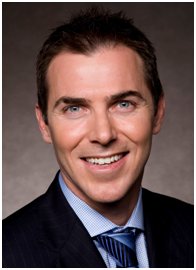 Damien Martyn travels from NSW
Fee Range: Up to $5000

Ricky Ponting once described Damien Martyn as “one of the world’s most unsung players in both forms of the game and I don’t think it is really understood how good a player he actually is. He is one of those players who, as the conditions and situations got harder and more difficult, the better he became”.

Born in Darwin he moved with his family to Perth at the age of three and was educated at Girrawheen Senior High School before being selected for the Australian Cricket Academy in Adelaide in 1990. He made his first class debut for Western Australia the following season. Noted for his daring strokeplay, Damien was selected to make his Test debut for Australia at the tender age of just 21 against the West Indies in 1992 at the Gabba, a surprise replacement for Dean Jones, but lost his place the following season.

Damien Martyn spent six years out of the Australian team during which time he focused on playing for Western Australia in domestic cricket.

He regained his place in the Australian team during an Australian tour of New Zealand and cemented his position in the team during the 2001 Ashes series in England, when he scored his maiden Test century at Edgbaston. He went on to establish himself as a permanent member of the side batting at number four position and filling the void left by Mark Waugh’s international retirement.

His best form came over a 12 month period beginning in March 2004 when he scored two crucial centuries to help Australia to a 3-0 series whitewash in Sri Lanka. He was the Man of the Series in India and narrowly missed out on becoming the first Australian batsman since Don Bradman to make three centuries in three innings when he was dismissed for 97 in the second innings of the second test. Two centuries in Australia against Pakistan over the 2004/05 season and another in New Zealand in 2005 rounded out a stellar 12 months in which Damien Martyn made 1608 runs at an average of 61.84 in 12 months including 7 test centuries.

Damien was presented with the McGilvray Medal in 2005 as the ABC’s Test Cricketer of the Year as well as being adjudged Test Player of the Year at the prestigious Allan Border Medal presentation. He also played for Australia in two World Cup winning sides in 1999 and 2003.


Damien announced his retirement from all international and domestic cricket in December 2006. He averaged 46.38 in the 67 Tests he played for Australia with a highest score of 165. He also played 208 One Day Internationals for Australia. During his career Damien played alongside some of the greats of Australian cricket including Ricky Ponting, Adam Gilchrist, Shane Warne, Glen McGrath, Steve & Mark Waugh, Justin Langer and Matthew Hayden just to name a few.

Since his retirement from competitive cricket Damien has carved out a new career in media and was part of SBS TV’s 2009 Ashes series coverage/panel along with Stuart Clark and Greg Matthews. He also regularly appears on Fox Sports.

Damien is also much sought after as a panel member for corporate and sporting dinners, lunches and breakfasts, and is an ideal celebrity sporting guest for question and answer sessions at conferences, seminars or sporting events.

Damien moved to Sydney from the Gold Coast two years ago in 2014.