Print
Dan Veto has over 15 years of business experience in personal financial services and healthcare with a particular emphasis on boomers and retirees. As Senior Vice President of Age Wave, Mr. Veto is responsible for helping clients identify and... 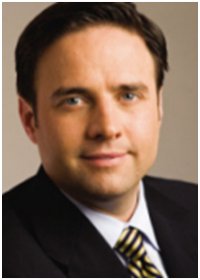 Dan Veto has over 15 years of business experience in personal financial services and healthcare with a particular emphasis on boomers and retirees. As Senior Vice President of Age Wave, Mr. Veto is responsible for helping clients identify and capture branding, marketing, product development and business strategy opportunities created by today's significantly changing demographic landscape.
Prior to joining Age Wave, Mr. Veto served on the Board of Directors and was Chief Marketing Officer and Senior Vice President of Strategic Planning at Bankers Life and Casualty Company, an insurance-based financial services firm exclusively focused on meeting the financial needs of retirees. While at Bankers, Mr. Veto initiated and implemented many successful, award-winning programs, including a program to enable the Bankers distribution force to sharply increase sales by raising their awareness of the emotional drivers of retiree purchasing behavior. Before moving into his role at Bankers, Mr. Veto held several positions at Bankers' parent company, Conseco, including Senior Vice President, eBusiness group. As leader of this business, he turned the unit around from operating at a loss to becoming profitable in less than one year. At the same time, the group delivered the industry's most improved consumer website during 2001 in the Life and Annuity Insurance website category, as judged by DALBAR, Inc.
Mr. Veto began his career at McKinsey & Company, where for nearly ten years he advised Fortune 500 clients in the U.S., Mexico and Europe. He worked with financial services and health care companies on a broad range of business challenges from new market entry strategies to organizational design changes.
Mr. Veto is a highly sought after public speaker and has been a featured expert in various media including television, radio and dozens of consumer and business periodicals. Mr. Veto earned his M.B.A. from INSEAD, in Fontainebleau, France and his B.S. in Electrical Engineering from the University of Illinois, Urbana-Champaign.
Subscribe
© 2022 Platinum Speakers