Print
Highly experienced and knowledgeable social forecaster David Chalke is one of Australia’s leading Social Analysts through monitoring social and cultural change. Working with data from Australia SCAN, the annual monitor of social change in Australia, David’s entertaining “Real World” view of the mood of Australians has made him much sought after sought after at National & International conferences. 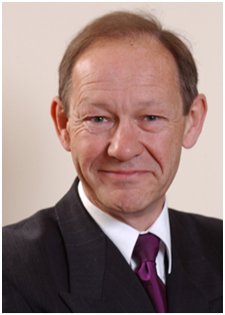 Highly experienced and knowledgeable social forecaster David Chalke is one of Australia’s leading Social Analysts through monitoring social and cultural change. Working with data from Australia SCAN, the annual monitor of social change in Australia, David’s entertaining “Real World” view of the mood of Australians has made him much sought after sought after at National & International conferences. A regular social commentator, David also writes freelance for Fairfax, ACP and News Ltd.

AustraliaSCAN is a division of Quantum Market Research but David Chalke, one of its founders, a marketer originally he describes his business as "monitoring social and cultural change" and now sees himself as a social forecaster.  "It's all to do with people," he says, "the things we learn, teach, hand down and commonly accept."

David’s early career was in Europe in line Management with trans-national organisations such as Nestle, Cadbury Schweppes & Wilkinson Sword. On coming to Australia, David held the positions of Director of Strategy Planning with McCann-Erickson and Y&R Mattingly, until founding his own consultancy, The Strategy Planning Group, in 1990.

Chalke offers business an explanation of the way culture impacts on consumer spending - for example, the reasons shoppers seem less keen to shop in city centres than they used to. "Culture conditions the way we spend our money," Chalke says.  "I get through the flim-flam and reveal the light.  It's not futurology, it is understanding the dynamics of what is going on now so that you are better placed to understand the future."

Chalke's main tool is an annual survey of 2000 adults, conducted by Quantum that questions almost every aspect of consumer life and gives him 12,000 data points to play with. And he spends a lot more time talking to people - to understand language and the way people talk.  He says the tricky bit is that culture is not fixed, but that is what keeps him in a job.  Chalke pays close attention to cycles, and believes societies spend five to seven years learning how to cope with change.

The 2000 Olympic Games made Australians feel good about being Australia, he says "What we took from the Olympics was a feeling that we're up there with the best and our culture is good."  The mood has since been exaggerated by global conflict and phenomena such as severe acute respiratory syndrome (SARS) which are causing Australians to be fearful about all things foreign.  More people are getting involved in their local communities as a result.

"The propensity of people to help their neighbours is greater than it has been in the past," he says.  "it’s developed a sense of family amongst Australians - my home, my village." For business, this means anything that promotes a sense of home and community and value for money will be well accepted.  Thus, local hardware stores have done particularly well, and personal financial advisers are preferred to more generic accounts.  And people now prefer to shop in their local shopping centres rather than in city centres.

David Chalke is a marketing and communications strategist with over 30 years experience in Australia and overseas. In recent years, David has specialised in measuring the effects of social change on Australian’s attitudes and behaviours, and advising on the impact of these on the formulation of effective public policy and marketing strategy. His presentation is tailored relevant to the message and needs required for your occasion.

David has authored a number of reports on Australian social change including: