Print
David Gower, OBE is one of English cricket greats who became a commentator for Sky Sports. Although he eventually rose to the captaincy of the England cricket team during the 1980s, he is best known for being one of the most stylish left-handed... 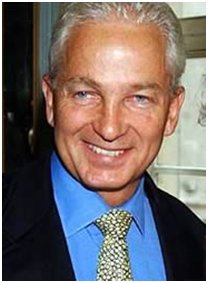 David Gower, OBE is one of English cricket greats who became a commentator for Sky Sports. Although he eventually rose to the captaincy of the England cricket team during the 1980s, he is best known for being one of the most stylish left-handed batsmen of the modern era.


Gower played 117 Test matches, scoring over 8,200 runs, he is thus one of the most capped and highest scoring players in his country's history. He is also one of England's most capped One Day International players, with 114 matches.
David Gower led England during the 1985 Ashes series against Australia, and his team enjoyed success, however Graham Gooch regained the captaincy in 1989 and a strained relationship between the pair contributed to Gower's complete retirement in 1993. Nevertheless, he ended with an impressive record in first-class cricket, having accumulated 26,339 runs at 40.08, and 53 centuries. Following his retirement, Gower became a successful cricket commentator, and on 16 July 2009, was inducted into the ICC Cricket Hall of Fame.
David Gower has forged two highly successful careers, both in and around the game. His finesse with the bat has progressed to an easy style in the studio. David even appealed to a new generation of fans with several successful years on the comedy sports quiz 'They Think It's All Over'.
David scored a boundary from his first delivery in test cricket and built on this fabulous start with a highly impressive total of 8,231 test runs. He captained both Leicestershire and England, with the Ashes victory being one of the highlights of his career. Upon retirement, David published his autobiography and found new fame as a broadcaster.
On tour, David earned himself a reputation as a prankster, most famously when he decided to take another player for a joy ride in a biplane. He was fined £1,000 for the incident, escaping further punishment by virtue of the fact he had not released the homemade waterbombs! After dinner, Gower delves into his considerable arsenal of anecdotes, with tales from his extensive career and travels.
Away from cricket, David enjoys a variety of different sports, and has ridden a bobsled down the Cresta Run on several occasions. His passions extend to safaris and vintage port - David even has time to help run an online stock exchange for wine.
David will be touring Australia for the 2010 Ashes series and will be available for speaking presentations whilst here.
Subscribe
© 2022 Platinum Speakers