Print
David Houle is a futurist, strategist and keynote speaker. He has always been slightly ahead the curve. Houle is consistently ranked as one of the top futurists and futurist keynote speakers on the major search engines. He has... 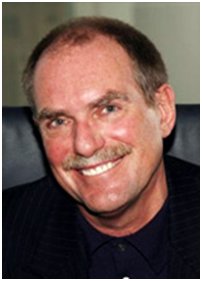 David Houle is a futurist, strategist and keynote speaker. He has always been slightly ahead the curve. Houle is consistently ranked as one of the top futurists and futurist keynote speakers on the major search engines.


He has keynoted numerous conferences both across the country and internationally. He is regularly invited to speak and corporate management retreats. He recently won a Speaker of the Year award from Vistage International, the leading organizations of CEOs in the world. He is often called the "CEOs futurist" having spoken to or advised 1200+ CEOs and business owners in the past three years.
David Houle spent more than 20 years in media and entertainment. He has worked at NBC, CBS and was part of the senior executive team that launched MTV, Nickelodeon, VH1 and CNN Headline News. He helped to create television series on A&E for his client Bill Kurtis, "Investigative Reports’ and "American Justice”, introducing single subject documentaries and legal programming to prime time before those programming concepts became common place. Both series were award winning and ran for more than ten years.
David Houle has won a number of awards. He won two Emmys as Co-Executive Producer for a nationally syndicated kids program, "Energy Express”. He won the prestigious George Foster Peabody award and the Heartland award for "Hank Aaron: Chasing the Dream” and was nominated for an Academy Award.
He publishes a free monthly newsletter and the highly acclaimed semi-annual Shift Age Trend Report. He has been speaking about the future for a number of years and his first book "The Shift Age" was published in 2008. He is currently working on two new books.

The Shift Age
This is Houle's signature and most requested speech. He identifies and explains the new age we have entered. After taking a quick look back at the span of human history, he focuses in on the past 20 years and the transformative changes that have taken place. He then identifies the dynamics that are shaping our world now and will be for the next 10-20 years. The Shift Age will be one of the most transformative and exciting times in the history of humanity. Houle leaves us with suggestions for how to prepare for and adapt to this new age. A big picture speech that is pertinent for any group or organization.

Trends 2009-2020
A look at the trends that are and will be affecting and changing our world until the year 2020. Looking at the areas of technology, the work place, economics and energy, this presentation highlights some of the developments and incredible coming innovations that will alter our lives. Finally Houle presents and discusses the timeline for economic and political reorganization that are ahead. A thought provoking and mind expanding presentation that will put into context all the disruptions and transformations we are experiencing.

Future Energy Trends
Houle puts global warming in perspective as to how it should be viewed and the opportunity it represents. Having collaborated and interacted with some of the greatest energy scientists in the world today,Houle presents a vision of what the global and domestic future of energy can be and what it might look like. Predictions are presented with timelines and discussions of the transformation of energy that is ahead. This presentation is high level, informative and a visionary view of one of the most profound issues facing humanity.

Being Slightly Ahead of the Curve
Houle defines what leading with vision means. He gives personal and public examples of leading with vision and how those leaders changed the world, changed a business, changed a market. He explains why it is important to be slightly ahead of the curve as opposed to any other place in the curve, be it a curve of innovation, historical inevitability or just a new product category. This speech emphasizes vision, leadership and how they can create unparalleled motivation on the part of those who embrace and follow visionary leadership.
Subscribe
© 2022 Platinum Speakers