Print
As a former business owner, operator and company director, David is in demand as a presenter and regularly addresses a wide range of corporate events and groups. His specialty is speaking on success in small business and investment issues as well as providing practical tips. 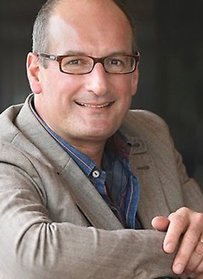 “Our thanks for an excellent presentation.  I personally phoned all participants to gain some feedback on the sessions and David’s talk rated very high without exception.”
Unisys

“Excellent.  David was fantastic.  His presentation was independent yet linked into our theme really well.  He was an interesting and engaging speaker.”
Optus

“Excellent. David was extremely popular with the guests and captured the attention of the audience. He was also very personable.”
Real Estate Institute of South Australia

“David was wonderful. He was an outright winner with the audience, the best person we could have chosen from the media to MC our Inaugural Awards. He was personable, empathetic and genuinely engaged with the Award winners. Simply the best!”
National Employment Services Australia
David Koch travels from NSW
Fee Range: $15001 to $20000

Before Sunrise, Kochie was a pure finance nerd. He's still one of Australia's foremost business and finance commentators but his first love now is teaming up with Sam to host Australia's number one breakfast program, Sunrise.  David still maintains his passion for money writing finance columns for New Idea and a number of News Limited newspapers; including the Daily Telegraph and Herald Sun.

A survey conducted by Money Management newspaper recognised David as one of the 10 most influential people in establishing the retail financial services industry. A Reader's Digest survey found he is also one of the top 25 most trusted people in Australia.

David has a strong interest in small business issues and was a director of the NSW Small Business Development Corporation for over six years being appointed to the board at its inception in 1996.

As a former business owner, operator and company director, David is in demand as a presenter and regularly addresses a wide range of corporate events and groups. His specialty is speaking on success in small business and investment issues as well as providing practical tips. David speaks informatively from a base of personal experience and knowledge of business and financial issues. But finance aside, he's also an all-round good bloke and family man, making him perfect for his role on Sunrise.

He's coached his kid’s rugby, netball and basketball teams while serving on the council of his daughter's school, and in 2007 was named Australian Father of the Year. Just please don't ask him about the Wallabies, Sydney Kings or Port Power. He takes being a passionate support to a whole new level.

Taking over Port Adelaide Football Club as its Chairman in 2012, Kochie was presented with the big challenge of turning around a club lacking in funds, membership and points on the board.

He devised a three-year plan –to make Port Adelaide a profitable football club by 2015. Port has transformed the AFL landscape with their game day experience, their fitness levels and their supporter interaction. They’ve become the benchmark for any team who want to get back to the top quickly.