Print
Elizabeth Bryan was the first woman appointed to run a large financial institution in Australia, when, in 1992 she was hired as general manager of the $25 billion superannuation fund manager New South Wales State Super and Investment Management... 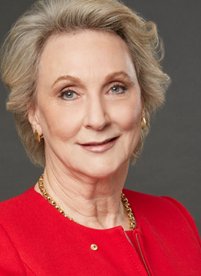 Testimonials for Elizabeth Bryan AM

Transformation has been the hallmark of the career of Elizabeth Bryan, one of Australia's most successful businesswomen. Elizabeth was the first woman to run a large financial institution in Australia when she was appointed to manage the New South Wales State Super and Investment Management Corporation in 1992.

In 1996, Elizabeth was appointed Managing Director of Axiom Funds Management, where she oversaw an increase in returns before the company sold to Deutsche Bank, after which time she became Chief Executive Officer of Deutsche Asset Management. Elizabeth subsequently led a significant transformation in the operations and performance of Caltex while chairman. She has also served as a director of Westpac Banking Corporation and a large number of other Australian public, private and government-owned companies.

Elizabeth is Chairman of Virgin Australia Limited; Chairman of IAG; Chairman of Insurance Manufacturers of Australia; a director of Westpac Banking Corporation; a member of the Takeovers Panel; and President of YWCA NSW.

She is also a member of the Takeovers Panel, ASIC's External Advisory Panel, and the Board of Governors for the Committee for Economic Development of Australia.

With a background in the investment community, she brings a unique perspective to her position which she says gives her empathy for the position of shareholders, whether they be retail, institutional or corporate. She says it is very useful that she has "sat on both sides of the fence".

Elizabeth has served as a powerful role model for women in corporate leadership. Many have praised her rigorous work ethic, resilience and direct approach. These qualities may have found their origin in Elizabeth's upbringing on her family's cattle and sheep properties near Coonabarabran in northern NSW.

She was named a Member of the Order of Australia in the 2013 Queen's Birthday Honours List.