Print
Melbourne based comedian Felicity Ward is a favourite on the television comedy circuit, not only for her stand up comedy, but also her comic performing, writing and acting. She is best known for her regular guest appearances on ABC’s “Spicks... 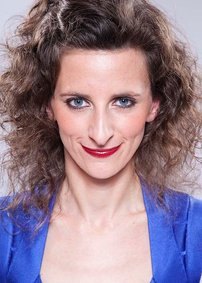 “Ward is so charismatically theatrical, and so committed to keeping the good jokes rolling, that what you get is a filthy, high-speed hour of breathless laughs.”
The List, Edinburgh

Melbourne based comedian Felicity Ward is a favourite on the television comedy circuit, not only for her stand up comedy, but also her comic performing, writing and acting. She is best known for her regular guest appearances on ABC’s “Spicks and Specks” and Channel Seven’s “Thank God You’re Here”.


This multi-award winning comedian first came into the public spotlight in 2006 with her involvement in Channel Ten’s “The Ronnie Johns Half Hour”. Two years later, Felicity won Outstanding Newcomer at the Melbourne Fringe Festival for her acclaimed autobiographical show “Felicity Ward’s Ugly as a Child Variety Show”. She followed this up in 2011 when she was awarded Time Out Magazine’s Local Comedian of Year Award.

Felicity’s long list of television credits include “Spicks and Specks”, “The Circle”, “Laid”, “The Librarians”, “Randling” and “Thanks God You’re Here”, in addition to her debut role in the Working Dog’s feature film “Any Questions for Ben”.

Since her stand up comedy debut in 2008, Felicity has rapidly gained a global reputation as a remarkable live comic. Following her explosive season of “The Hedgehog Dilemma” in which she was the only Australian comedian ever to be nominated for four Best Comedy Awards at every festival she played, and winning two of these awards, Felicity’s show was ranked in the Top Ten star-rated shows of the 2012 Edinburgh Fringe Festival. She also performed sell out shows in London’s Soho Theatre speakers and in Los Angeles.

Her award credits include Best Local Talent at the Sydney Comedy Festival for both 2011 and 2012, Best Australian Act at the 2012 Perth International Comedy Festival as well as a raft of nominations both domestically and internationally.

Felicity has toured Australia, New Zealand, Singapore, Hong Kong and the UK. She is a brilliant MC and a powerhouse headliner.