Stand-up comedian Fred Lang believes his love of stand-up comes from a deep seated need to have his say. Fred considered a career in politics, but decided it would be bad for his reputation, and so opted for comedy! 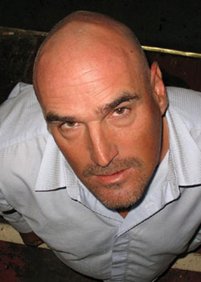 “Your performance was the perfect way to end the speeches of what has been a successful evening."
Former Australian Prime Minister, Kevin Rudd

“I don't care how many times I watched you, I always end up laughing myself stupid."
Michael O'Conner - Dual Rugby International

In the mid sixties, Fred, much to his horror, found himself lying in a cot in Sydney's Seventh Day Adventist Hospital. Six days later, after a daring escape, he crawled north east at a rapid rate until he happened upon an eclectic band of European immigrants. In time, he came to know them as Mum, Dad, Older Brother and Twin.

The following 30 odd hears have seen Fred also escape from 3 schools, 2 TAFE colleges, 106 "employment opportunities", 53 households, 21 countries and 5 relationships. Having said all this, he is very committed to his dog Beau.

Those 30 years have also seen Fred become one of Australia's most sought after "live" stand-up comics. Pubs, clubs, town halls, conference centres or Opera Houses - it makes little difference to this wild professional. Fred's love of stand-up comes from a deep seated need to have his say...and not get arrested! He'll push, prod and provoke an audience with a style that is, like all individuals, uniquely his.

Having led an interesting life, Fred draws on experiences form a childhood that was a little different to the norm (both his parents escaped from Eastern Europe after WW2) and his belief that youth gets it way too easy nowadays (having been a youth, Fred's an expert on that issue). He has had the misfortune of working with just about every well known comic in the country - most of whom he has little respect for. Those he looks forward to working with again include Peter Berner, Tommy Dean, Jimeoin and the Scared Weird Little Guys.

Whether it be travelling, working or fleeing, Fred has managed to fill 3 passports in the last 10 years - from New Zealand to England, Germany to Fiji, Borneo to Turkey and just about every country in between. In his beloved Australia, Fred has worked both coasts, every major city and most of the minor ones as well.

Fred has entertained them all - the ones who think they're important and influential (John Howard) and those who are (Sir Vivian Richards). This 18 year veteran of the stand-up comedy circuit prefers to be called a legend. He is old, not adorable, obstinate, has selected hearing, likes thunderstorms and would sleep 20 hours a day if he could!

Fred's comedy is and always will be pertinent, insightful, clever and funny. Story teller, comedian, raconteur or Master of Ceremonies, this unique performer will ensure a successful and entertaining evening. Don't miss an opportunity to see this hilarious comedian with a proven ability to relate to audiences from all backgrounds.​
Subscribe
© 2022 Platinum Speakers