Print
Geoffrey Thomas is a talented writer and commentator who takes a holistic view of the aviation industry and has done so for more than 30 years. He has worked full time in the industry over the past 15 years and has won 25 international and... 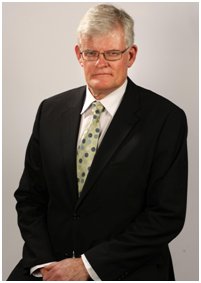 Geoffrey Thomas travels from WA
Fee Range: Up to $5000

Geoffrey Thomas is a talented writer and commentator who takes a holistic view of the aviation industry and has done so for more than 30 years. He has worked full time in the industry over the past 15 years and has won 25 international and national awards for his works including the highest accolade possible, the Royal Aeronautical Society Aerospace Journalist of the Year for 2009.


He has earned an outstanding reputation with the media, the public, aviation personnel and government officials as the “go to” person on all matters related to aviation and airlines. He is an outspoken but fair critic of many aspects of airline management, technological issues related to aviation and those related to safety and the environment.
Geoffrey Thomas has spent many years inspiring and supporting aviation staff and management and has earned the respect from colleagues all over the world for his vast knowledge of the dynamics of the aviation and travel industries. He is a sought-after public speaker with a commitment to improving the public’s knowledge, understanding and encouragement with the commercial aviation and travel industries. He has been invited to many overseas conferences as the keynote speaker and received rave reviews from attendees and conference organisers.
An encyclopaedic knowledge of aviation history and an exceptional ability to give perspective to current events as they unfold make Geoffrey an engaging communicator who is comfortable speaking with management level audiences as well as members of the travelling public. His extensive travel experiences have produced some harrowing and amusing tales by which audiences are bound to be entertained and enthralled.
Currently Geoffrey works as senior editor of the world’s foremost airline management magazine Air Transport World based in Washington DC contributing cutting edge stories and opinion pieces related to many aspects of the aviation industry. He is editor of Eco-aviation online newsletter and convenor and commentator at the annual international Eco-aviation conference . He is part of the judging panel for ATW Airline of the Year Competition.
Geoffrey is also Aviation Editor at The West Australian newspaper commentating on all issues aviation and transport related as well as being a frequent contributor to the travel section and business pages.
Geoffrey Thomas is Channel 7’s Sunrise Breakfast show’s aviation commentator and is the “go to person” in Australia and New Zealand for any aviation event. During the November 4, 2010 Qantas A380 incident he made over 50 radio and TV appearances in three days.

The Need to Change
Revelations of an Aviation Writer
Passengers who make your Flight Hell
Dynamics and Mysteries of the Airline Industry
Myths of Deregulation; Air Crash Investigation Boeing 787 Dreamliner – the nightmare continues
Subscribe
© 2022 Platinum Speakers