Print
Geraldine Doogue is a well-known and well respected journalist and broadcaster. Geraldine has received many awards and prizes through her career including the United Nations Media Peace Prize and two Penguin Awards. She is presenter of the ABC... 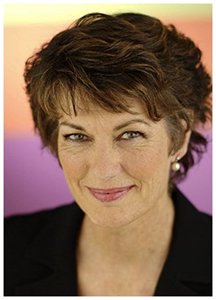 Geraldine Doogue is a well-known and well respected journalist and broadcaster. Geraldine has received many awards and prizes through her career including the United Nations Media Peace Prize and two Penguin Awards. She is presenter of the ABC National Radio program Saturday extra and ABC Television’s Compass. Geraldine was awarded an Officer of the Order of Australia in 2003.


Geraldine is an outstanding Facilitator/MC who is also in demand for Corporate Videos, because of her professionalism and understanding of issues. Her forte is facilitating panel discussions and she is ideally suited to a progressive-minded audience.

Whilst originally planning a career as a schoolteacher after completing her Arts degree, in 1972 Geraldine applied on an impulse for a journalism cadetship with The West Australian instead. Since then she has thrived on that impulsive decision.

Within the first ten years of her career, Geraldine had carved out a reputation in print, television and radio, including two years at the London Bureau working for the Murdoch group's Australian papers.

Her entrance into television was unexpected. Whilst covering a story for The Australian, an ABC Television reporter interviewed her for a Four Corners program. When the head office executives saw the interview, they were so impressed with her on-camera presence that they offered Geraldine the Perth compere's position for ABC Television's then new program Nationwide.

She soon moved to Sydney to host the NSW edition of the program and established herself as one of the most respected and popular personalities on national television.

Geraldine then worked for a time on commercial radio with 2UE and on commercial television, co-presenting Channel 10's main news bulletin, before returning to the ABC in 1990. She played a major role in ABC TV's coverage of the Gulf War. During this period Geraldine was awarded two Penguin Awards and a United Nations Media Peace Prize.

In 1992 Geraldine began presenting Life Matters, a new ABC Radio National program which set out to cover the full gamut of social issues in everyday life. In 1998, she also became host of ABC TV's Compass program, which looks at issues of spirituality, philosophy and belief every Sunday evening. After 11 years with Life Matters, she moved to Saturday mornings to host a program focusing on international politics, Australia's role on the world stage, and business, called Saturday Extra.

In 2000 Geraldine was awarded a Churchill Fellowship for social and cultural reporting. In 2003, she was recognised with an Officer in the Order of Australia for services to the community and media.

She is married with two children and two step-children.

Geraldine Doogue is an inspirational speaker and touched the nerve of our parents thinking in her speech. She spoke from the heart of what it means to be a parent in the new phase of education and how we can reach out as a community.
Canterbury College

Discussion of Australia’s place in our region… and the vital need for friendships to develop between Australians and others
Making sense of some of the bigger issues that swirl around the community - social cohesion, fairness within communities and the politics of change
My career - the ups and the downs, complete with some laughs
Relationships - An International Business Success Story
Social Issues and Their Relevance to Bottom Line Performance
The Workplace – Keeping the “Too Hard Basket” Empty
Subscribe
© 2022 Platinum Speakers