Print
A highly sort after MC, conference facilitator and after dinner speaker, Glenn is also heavily involved in the community. He is an ambassador for the Institute for Respiratory Health, Lifeline and OneLife. Glenn speaks candidly on mental health and suicide prevention after experiencing depression himself. 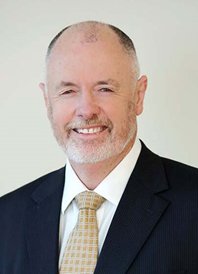 “Glenn Mitchell is a man with many professional skills; he is also a man with a powerful personal story to tell. He is an accomplished sports broadcaster who has walked the path from despair and illness to hopefulness and well-being. As a story teller, Glenn’s ability to openly ‘speak the truth’ is inspiring many people who are in a dark place to reach out to find and accept the support they need and deserve. As a presenter, Glenn’s professional approach and capacity to engage the audience with his unique blend of humour and wit, are exceptional.”

“Our staff are still talking about Glenn’s presentation on mental health. His messages hit the mark for our organization and we have had nothing but positive feedback about his talk.”

“Glenn talked with great passion and authority about a subject that is seldom spoken about. He brought the topic out of the shadows and many people commented to me afterwards how valuable it was to hear him to do this. We are inviting Glenn back for more of these conversations.”

“Glenn was engaging and brought such an inspirational story to our team of people. I think it touched all 300 people in the room.”

Glenn Mitchell travels from WA
Fee Range: Up to $5000

For more than two decades from early 1990, Glenn Mitchell lived a life that many envied. As a sports commentator for the ABC, and married to fellow sports broadcaster, Karen Tighe, he travelled the world covering elite level sport.

Not long after joining the ABC legendary broadcaster, George Grljusich dubbed him “The Oracle” due to his encyclopaedic knowledge of sport.

During his tenure with the national broadcaster Glenn commentated on four Olympic, four Commonwealth and two Paralympic Games. As one of the ABC’s senior cricket commentators he called over 200 international matches, covering 13 overseas tours.

Back home, he commentated more than 900 AFL and WAFL games, was the host of the iconic Saturday Sportstalk, and throughout his career commentated more than 20 different sports on both radio and television, including world championships in triathlon, cycling and water polo. In 2000 he was awarded the Australian Sports Medal by the Governor-General for his contribution to sport, one of numerous awards he garnered during his broadcasting career.

But all through this period in the public profile, Glenn was a sufferer of mental illness.

In late-2006 he finally realized he needed medical help for his condition thus started a long and complex journey of self-analysis and various medications as he endeavoured to overcome his illness. Despite having made progress a confluence of events in early 2011 saw him descend into a highly depressive mental state that resulted in him inexplicably resigning his position at the ABC and making an attempt on his own life.

It was the blackest of periods in the life of a man who appeared to have everything to live for. With the support of his wife, family, friends and doctors, he was able to fight back from the brink of despair. While he forfeited his dream job, what he gained by way of his rehabilitation was far more important. After overcoming his personal demons and reshaping his life, Glenn now aims to try and prevent others from enduring the torturous path he did by candidly speaking about his own journey.


It is a story laced with poignancy, humour and, above all hope for those who suffer the anguish of mental illness or know people who do. Glenn’s goal is to encourage everyone who is or has been touched by the scourge of mental illness that help is at hand. His story is one of inspiration and shows that with the right help and persistence there is a light at the end of the tunnel.

Since resigning from the ABC, Glenn has continued to freelance in the media. He currently presents the weekday breakfast show on Perth-based, Curtin FM. Glenn has undertaken commentary work for the Seven, Nine and Ten Networks and is also a regular contributor to sports programs on BBC 5 Live and was a long time panelist on Sky News’ Sportsnight program.

Additionally, Glenn has written columns for both The West Australian newspaper and The Drum on the ABC website – abc.net.au/news/thedrum. He writes regular columns for the sports website, The Roar – theroar.com.au – as well as appearing weekly on various radio stations around Australia where he discusses issues in the world of sport.

A highly sort after MC, conference facilitator and after dinner speaker, Glenn is also heavily involved in the community. He is an ambassador for the Institute for Respiratory Health, Lifeline and OneLife.

Glenn is also an outstanding Master of Ceremonies and conference facilitator. A polished performer, he has appeared at many major corporate, government and sporting functions. Glenn often appears with his wife, Karen Tighe as joint hosts at various conferences, seminars and dinners. They are always happy to be booked as a “double act”

What We Can All Learn from Sport – encompasses teamwork, attitude, motivation and examples of elite performance that we can take from sport and apply to business and everyday life.

The Best Seat in the House – centres on Glenn’s life as a sports broadcaster and includes many behind-the-scenes anecdotes from various Olympic and Commonwealth Games, and overseas cricket tours he has covered.

Australia – A Great Sporting Nation – highlights how as a small nation we have become a world-beater and an example of best practice in the area of sport. It encompasses first hand examples that Glenn has witnessed at major international sporting events.

Coping with Success & Failure – examples of how athletes have dealt with success and failure and how it can motivate us all.

Mental Health & Suicide Prevention – Glenn’s own personal battles with mental illness is also something he is more than happy to address in the hope that he can help provide others with the motivation to confront their own challenges and seek help.

Glenn speaks from the heart and his emotive and articulate address on his journey to conquer mental illness often elicits standing ovations from audiences.