Print
Hugely popular media personality, journalist and author Gretel Killeen is highly experienced across many mediums. Her charm and wit makes her the perfect choice as a conference or awards emcee keynote speaker and communications coach. 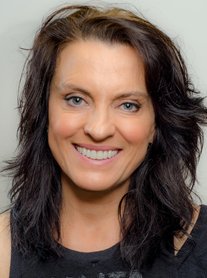 Hugely popular media personality, journalist and author Gretel Killeen is highly experienced across many mediums. Her charm and wit makes her the perfect choice as a conference or awards emcee keynote speaker and communications coach.


Gretel Killeen’s career started as an accidental stand-up comic when she was attempting to present a profound poem. Since then she has written and performed comedy on radio and TV , performed live on stage across Australia, in the war zones of Afghanistan and Iraq, and for the troops in East Timor, The Solomon Islands and Egypt. Gretel has hosted Logie Award winning TV, won a Mo Award for her writing and spent 17 years as one of Australia’s top voice artists.

She was the 2013 Director of Presentations for TEDx Sydney, has taught 'presenting' at the National Institute of Dramatic Art and,  for seven years, as the TV host of Big Brother, led millions of viewers through the precariously unpredictable maze of live television.

She has performed in The Rocky Horror Show, produced TV packages in Afghanistan, written and directed a documentary on AIDS orphans in Zambia, directed CSAs in India, hosted commercial and ABC radio, journeyed to Ache, Bangladesh and Laos as a UNICEF Goodwill Ambassador, travelled to Namibia, Antarctica and Lebanon as a travel writer, worked as a journalist for Australia's major publications including a regular columnist with The Australian newspaper's magazine and a weekly columnist with The Sun Herald. She has written and directed a feature film and written more than twenty books, several of which have been best sellers. They include My Sister Series, My Life is a Toilet and My Life is a Wedgie for younger readers, the teen romance, I Love You Zelda Bloo, and the hilarious memoire, The Night My Bum Dropped, for adults.

With her broad reaching career as a ground breaking female in the public eye Gretel Killeen has been stalked defamed vilified, celebrated and applauded. With stories that are both gob smacking and inspiring and a presentation style that is heart warming.

Gretel has the unique ability to run a conference like a symphony conductor, orate like Joan of Arc and deliver humour as a stand-up comedian. As a result Gretel is in demand working as both an MC and keynote speaker throughout the world. Gretel is known for her quick wit, bravery, humour and intellectualism.

Embracing her wealth of experience in every field of live performance, media, writing, journalism coaching and presentation Gretel Killeen teaches the art of Authentic Communication and Power of Voice. Gretel transcends the art of fearless and powerful public speaking in the corporate and professional realm throughout the world to select clients, individuals and corporations.