Print
Much loved Australia television and radio host, and passionate advocate for Building the Mental Fitness of all Australians Gus Worland founded Gotcha4Life in 2017. Following the success of the ABC series Man Up and losing a very close friend and life mentor to suicide he realised he had the ability and networks to make a real difference. 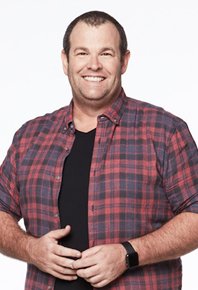 Much loved Australia television and radio host, and passionate advocate for Building the Mental Fitness of all Australians Gus Worland founded Gotcha4Life in 2017. Following the success of the ABC series Man Up and losing a very close friend and life mentor to suicide he realised he had the ability and networks to make a real difference.

Gus simply does not accept the alarming statistics surrounding suicide in Australia and that eight beautiful people take their life every day. Gotcha4Life believes in the power of prevention through connection and champions the idea of proactively building mental fitness and the resilience required to deal better with the challenges that life throws at us.

We trust in the concept of starting meaningful conversations by developing better social and emotional connections with mates, families, colleagues and community.

•Get to the bottom of the suicide crisis, effect real social change and hopefully save lives.

•Raise awareness about the multifaceted health benefits associated with having a close mate.

•Reduce the alarming statistics on suicide across Australia regardless of culture, socio economic status, religion, ethnicity, gender identification or age.

•Have a real impact in helping Aussies identify when they are struggling.

•Enable people to actively listen, to have transparent conversations and express themselves in meaningful ways.

GUS WHAT IS A GOTCHA4LIFE MATE TO YOU?

“Someone you can have a conversation with warts and all. Someone you can talk to about anything at any time and you know you are not going to be judged. Having a friend or set of friends that you can talk to about absolutely anything at any time. Being able to be honest and vulnerable knowing you are safe, loved and respected.”

GUS HOW DID YOU COME UP WITH THE NAME GOTCHA4LIFE?

When I really understand what someone is talking about I say ‘I gotcha and when a person hears those words I can instantly see their reaction. Straight away they feel better about the situation. They know I’ve got them. After that we shake hands, pull it in and hug it out. It is a proven fact that an embrace, physical touch and contact will make you feel better. It works for me and my mates.”

Gus is a sporting tragic and continues to use his passion to entertain audiences. He appears on Fox Sports hosting Cricket Tragic (season 2 airing over the 2020 summer of cricket and regularly on Fox’s sports panel program, The Back Page.

Gus spent 10 years in breakfast radio on Triple M. Starting on The Grill Team in 2009, within two years they doubled their ratings for this time slot, and Gus was awarded ‘Best On Air Newcomer’ at the 2010 Australian Commercial Radio Awards. The Grill Team changed to Moon Man in the Morning in 2019.

Hosting the 2016 ABC series Man Up was pivotel for Gus. The series was an exploration of modern masculinity (which Gus views is toxic) and men’s mental health issues – challenging masculine stereotypes and getting men better connected and breaking the silence around suicide.

Following the enormous impact of Man Up, Gus founded Gotcha4Life with the mission to target Men’s Mental Health. Gotcha4Life today drives real change and funds educational workshops and innovative training programs throughout Australia that build mental fitness in all individuals, organisations and communities to activate strong, open and binding relationships.

He has been married for over 20 years to Vicky and has three teenage kids. Women want him to meet their mothers and blokes want to be him: Gus just wants to give them all a hug.