Print
Heather Swan is a dual world record holding BASEjumper and wingsuit pilot, a mountaineer, an author, a wife and mother of two children and two stepchildren. She was formerly a senior corporate executive.Set on May 23rd 2006 the two... 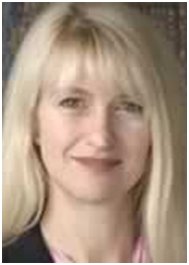 Heather Swan is a dual world record holding BASEjumper and wingsuit pilot, a mountaineer, an author, a wife and mother of two children and two stepchildren. She was formerly a senior corporate executive.


Set on May 23rd 2006 the two astonishing new world records - one for the highest BASEjump (6604m - exit point) and the other for the world's highest Wingsuit BASEjump (6604m - exit point) make Heather Swan unique - she is the only woman in the world who combines high altitude mountaineering and BASEjumping (let alone Wingsuit BASEjumping).
On September 24th 2006 the achievement was recognised by the Australian Geographic Society when they awarded Heather and Glenn the prestigious 'Spirit of Adventure' Award.
In her corporate career Heather Swan held senior positions in Marketing and Management in both private and public sector organizations ranging from Asia Pacific Marketing Director for Information Resources, the world’s largest Market Research Firm, to National Manager of Harry M. Miller’s high profile speaker’s bureau. On behalf of the Australian Olympic Committee (AOC), she set up and managed the hugely successful business unit ‘Olympic Communicators’ which has since been modeled by National Olympic Committees (NOC’s) around the world.
Heather Swan is the author of ‘Defying Gravity, Defying Fear’ (published by ABC Books), which was honoured as a finalist in the world’s largest and most prestigious mountain, adventure book festival The Banff Mountain Book Festival held annually in Canada.
In 2005 Glenn Singleman and Heather Swan featured on the ABC’s prestigious ‘Australian Story’ programme and most recently they were part of the 'Best of Australian Story'. In August 2006 Australian Story ran a second program specifically about Glenn and Heather's world record breaking wingsuit jump from Mt Meru in India.
Heather Swan has been speaking professionally for six years to wide acclaim. As the only woman in the world to combine BASEjumping and mountaineering her story is unique. With her corporate background it is even more remarkable and accessible to business audiences.
Subscribe
© 2022 Platinum Speakers