Jack Delosa is an entrepreneur and investor who was recently described by Sunrise as “The Young Aussie Millionaire That Didn’t Finish Uni.” At the age of 27, Jack has created two multi-million dollar businesses, MBE Education and The Entourage. 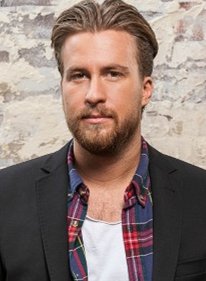 Jack has been the keynote speaker at many of our events, including events being streamed across the Asia Pacific and to the United States. His presentations are always the highlight of our events. Jack has a unique ability where he is able to clearly convey business lessons in a manner that is both entertaining and educational, to audiences that range from students to seasoned entrepreneurs. Specifically, his ability to reach Gen Ys and teach them how to advance their career is a rare talent. I would recommend Jack for any company that wants to inspire and lead their people.

Jack Delosa has been changing lives and helping businesses explode (in a good way) for years, despite his young age. He's taken his extraordinary skills as an adviser, speaker and agent provocateur and distilled them into the one playbook; UnProfessional. He's one to watch, and so is this book.

Jack Delosa helped us achieve rapid growth with Cupcake Central by teaching us how to create a multi-million dollar business, which we have now done successfully. Jack also taught us that challenging the status quo and pushing the boundaries was easier than we first thought.

Sheryl Thai, Founder of Cupcake Central, Winner of the Young Entrepreneur of the Year at The Australian Start-Up Awards

Jack Delosa is an entrepreneur and investor who was recently described by Sunrise as “The Young Aussie Millionaire That Didn’t Finish Uni.” At the age of 27, Jack has created two multi-million dollar businesses, MBE Education and The Entourage.

In 2007, Jack Delosa co-founded MBE Education, a company that would help entrepreneurs raise money from investors and sell their business. MBE quickly became one of Australia’s fastest growing companies [SmartCompany StartUp Awards 2009] and by the time Delosa was 22 MBE was doing over $1 million in annual revenue. In the coming years MBE would assist their clients in raising hundreds of millions of dollars from investors.

“Today I’m focussed on educating and developing a new breed of entrepreneur through my business education institute, The Entourage, which has over 80,000 members. It’s Australia’s largest educator of entrepreneurs.” Educating entrepreneurs where they are needed most, he also contributed to the development of the curriculum at the Branson Centre of Entrepreneurship in South Africa.

Jack has spoken for and been engaged as a thought-leader for brands such as Microsoft, AMEX, Virgin and CPA on the topic of business growth and performance. Today he is a spokesperson for entrepreneurship in Australia as a regular blogger for Sydney Morning Herald, The Age, Start Up Smart, Dynamic Business Magazine and AMEX. He has also been featured in BRW, GQ, Career One, Fitness First Magazine, Channel 7, Channel 9, Channel 10 News, Sunrise, The Morning Show, Sky Business and was on the cover of Central Magazine.

In 2013 Jack founded The Entourage Foundation which is igniting a generation of enterprising young people to drive Australia forward by delivering business education through high-schools nationally.

In recognition of his successes, Jack has been listed as one of the top 10 entrepreneurs under 30 in Australia in the Dynamic Business Young Guns and in SmartCompany’s Hot 30Under30. He has also been listed four times in Australian Anthill’s 30Under30 Publication.

Jack’s Young Gun Blog on Sydney Morning Herald was named in the Top 25 Business Blogs in Australia by Smart Company.