Print
Winner of the 2016 MO Award for 'Best Stand Up Comedian' and described as Gobsmackingly Excellent and Completely in your face funny by publications across the galaxy, Jackie has maintained her reputation as one of today's most hilarious and gifted stand-up comedians while simultaneously distinguishing herself as a versatile actor, vocalist, musician, voice over talent and writer 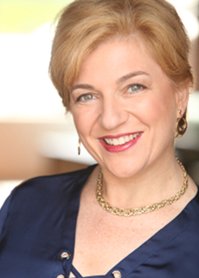 Jackie Loeb makes us laugh, if you want funny get Jackie. We do every year for ACON's Great Debate, this woman can crack jokes about any topic, we know because we take the Jackie test every year! Book her now, you won't regret it.

"Her performance added enormously to the night and we have had many rave revues about her from other people. I’d recommend her to anyone"

"Jackie was brilliant. She really made the night"

"The crowd loved Jackie, who was extremely professional, organized and well spoken, as well as hilarious"

"Jackie is a consummate professional with a very original act. Her performance is of the highest calibre. She is wonderful with the media and a pleasure to host."

"Jackie’s performance was electrifying, surprising and above all-completely hysterical. I haven’t laughed so hard in a long time. Her routine is fun, original ,brilliantly clever and she will not only win you over with her wicked sense of humour ….but also the depths of her many talents!. You’d be utterly mad to miss her show!"

Winner of the 2016 MO Award for 'Best Stand Up Comedian' and described as Gobsmackingly Excellent and Completely in your face funny by publications across the galaxy, Jackie has maintained her reputation as one of today's most hilarious and gifted stand-up comedians while simultaneously distinguishing herself as a versatile actor, vocalist, musician, voice over talent and writer. Jackie was the recipient of the prestigious MO Award for ‘Achievement of Excellence’ in Live Comedy.

With regular appearances on 20 to 1, The Today Show Weekend Edition, Good News Week, Spicks and Specks and ShowTime’s - The Playlist, Jackie can also boast her own successful webisode and appearances on the multi media comedy platform ‘Comedytime’ based in the USA.

Jackie Loeb’s one-woman show ‘Jackie Loeb Sings The Worst Songs Ever Written’ played to rave reviews and sold out at the Sydney Comedy Festival. The show was nominated for the Best Comedy Award at the Hollywood Fringe Festival. This accolade has opened the door to many more performances in the USA, including appearances at the Hollywood Improv, The Laugh Factory, The Comedy Store, The Icehouse in Pasadena and The Comedy Palace in San Diego.

Jackie was one of only 15 international comedians to progress to the comedy showcase round on NBC’s Last Comic Standing filmed in Miami and is one of the select few Australian acts to appear on the UK comedy series The World Stands Up for Paramount TV.

Jackie was invited to perform in Just for The Pitching, a section of the Montreal Just For Laughs Comedy Festival where five participants get to pitch their idea for a television series to the executive producers of all the major networks. As only the second Australian ever to be given this opportunity, this was a great accolade.


Jackie was selected by The Friends of NIDA to appear in an Australian comedy showcase in New York City, along with fellow Australian comedians Adam Hills, James Smith and Wil Anderson at the highly revered New York venue, ‘Joes Pub’. Jackie is a regular on both the local and international Comedy Festival circuit.

Jackie Loeb is an experienced corporate entertainer and MC. She is an intelligent performer who always puts in extra work to research and personalise her material to suit the client.

Jackie’s versatility and professionalism has seen her perform at the Sydney Lord Mayor’s Christmas Party to starring in the Official Weight Watchers Corporate Training Video.