Print
Dr James Chin Moody (formerly known as Dr James Bradfield Moody) is well known to many for his role on The New Inventors ABC TV.  One of Australia’s most influential engineers, James shares in sites into technology, science, innovation and sustainability. 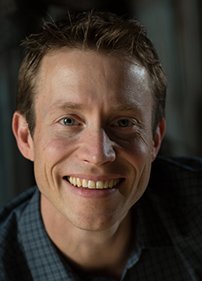 His preparation for the speech was excellent. It was just right for the audience, who thought he was great.

James was a good fit for our organisation. His speech was passionate, informative and thought provoking.

James was a delight - the plenary in which he was the central panellist was considered one of the best in several years for our annual convention. He met his part of the session aims in an exemplary and enthusiastic way - and was most conscious of meeting our expectations in the process. He is an accomplished, highly intelligent and warm individual who, from a personal perspective, was a great pleasure to meet.

James was engaging, authentic and highly knowledgeable about his topic.

A leading thinker in innovation and sustainability, James Chin Moody is an outstanding communicator, academic and business professional.

James is the Chief Executive Officer of TuShare, a company with a vision of creating the world's largest community of sharers, helping things to reach their full lifespan. He is also CEO of Sendle, a delivery business that has disrupted the postal industry. He was previously Executive Director, Development at Australia's national research agency, the Commonwealth Scientific and Industrial Research Organisation (CSIRO), one of the world's largest and most diverse global research organisations.

With a compelling view of the future ahead of us, James is the co-author of the best-selling book The Sixth Wave: How to Succeed in a Resource Limited World. He is also passionate about science communication and from 2004 to 2011 was a regular panellist on the ABC TV television program The New Inventors.

James sits on the Advisory Council of the Australian Bureau of Statistics, is a World Economic Forum Young Global Leader, sits on the Global Citizenship Panel for GE, and is the vice-chair of the forum's Global Agenda Council on the Intellectual Property System.

An engineer by training, James received his PhD in innovation theory from the Australian National University and was also a chief systems engineer for FedSat, the first Australian satellite to be launched in 30 years. Through his addresses to audiences, he shares his insights into technology, science, innovation and sustainability. He keeps crowds rapt, drawing on his wealth of experience and practical insight.