Print
A man of many talents James has presented Afternoons on 702 ABC Sydney since the '90s and has appeared on live television for Sunrise, It Takes Two, Midday and Good Morning Australia. 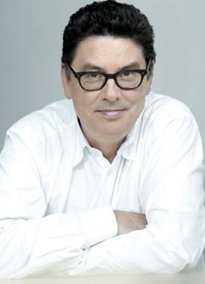 James was very well received by all the delegates who were still talking about his topic all through the conference. James was the ultimate professional. Easy to deal with and at all times very professional.

James was able to ad lib and work the crowd effortlessly, throughout an entire day of events for Australia Day, 2011.

I wanted to write to you and say a MASSIVE thank you. Your 'tone' for last night was absolutely perfect - exactly what we were after. Thank you so much. The band were also fantastic - really added class to the night. Feedback today has been incredibly positive - so again, big thank you.

James was really well received. He was warm and engaging and made all our award winners feel very special. A total hit and a pleasure to work with, both beforehand and on the night.

James Valentine travels from NSW
Fee Range: Up to $5000

Broadcaster and writer James Valentine is renowned for his quirky social commentary and sense of humour. As a fine jazz musician, he leads his own band, The James Valentine Quartet, and is admired for his sensuous saxophone playing and mellow vocals.

A man of many talents James has presented Afternoons on 702 ABC Sydney since the '90s and has appeared on live television for Sunrise, It Takes Two, Midday and Good Morning Australia. Since 2010 James has narrated the Australian version of Come Dine With Me, offering his witty observations and unique style of commentary.

With more than thirty years' experience in daily live radio and entertaining, James is an ideal choice for live events as an MC, speaker, bandleader or entertainer. His easy-going wit and humour make him a popular choice with a wide range of audiences.

James began his career as a musician, studying jazz in Melbourne before going out on tour with some of the leading Australian bands of the early 1980s, including Joe Camilleri, Kate Ceberano, The Models, Absent Friends and Wendy Matthews. Today, with his quartet or his pianist, James provides the perfect entertainment for corporate events - either as a show or as background accompaniment.

And as a speaker, James has appeared at the Sydney and Melbourne Writers Festival and regularly addresses schools, community groups, seminars and conferences on everything from media, to writing and his own career.

James Valentine is also the author of several books including the Jumpman Series for young readers, The Form Guide and Spotfull for adult readers and The True History of Stuff for children - a collaboration with artist Reg Mombassa. He writes a weekly column for The Australian and Northside Magazine and during his career has also written for Rolling Stone, Vogue, Cleo, The Australian and The Sydney Morning Herald.

Whichever role he plays at an event, James Valentine's low-key style, friendly manner and light hearted humour immediately puts audiences at ease, while the jazz he plays creates a warm, relaxed atmosphere. Versatile and funny, James will not only write and perform to your brief but he can also handle the technical demands of any situation.