Janine Perrett is the anchor of The Perrett Report on SKY NEWS Business. She is also a regular panellist on Paul Murray LIVE which airs on SKY NEWS LIVE. 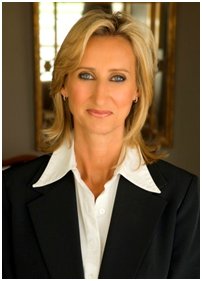 Janine Perrett travels from NSW
Fee Range: Up to $5000

An engaging speaker, Janine's in-depth understanding and knowledge of business journalism, foreign correspondence and world news, together with her unique experiences make her an accomplished presenter or compere with extensive experience as conference chairperson, moderator / facilitator.

Janine Perrett is the anchor of The Perrett Report on SKY NEWS Business. She is also a regular panelist on Paul Murray LIVE which airs on SKY NEWS LIVE.

Janine began her journalism career at the Melbourne Bureau of The Australian newspaper in 1979, before relocating to the Sydney office to work on the business desk in 1983.

In 1984 she was appointed The Australian’s London Correspondent before moving to New York to take on the role of US Correspondent from 1985 to 1990. During her time in the US she covered major news stories including; presidential elections, the space shuttle disaster, armed conflicts in Haiti, Panama and Chile and the 1987 Wall Street crash.

When she returned to Australia, Janine accepted the role of Deputy Business Editor at the Sydney Morning Herald.

In 1990 Janine joined the Nine Network’s Business Sunday program and also reported for the networks Sunday program. In 1994 she founded The Small Business Show, which she was involved with for the entirety of its nine year run.

Janine also worked as a guest presenter on ABC Radio and as a Columnist for News Limited and the Sydney Morning Herald, before joining SKY NEWS in 2010.

In 2007 she was awarded a Knight fellowship to study journalism at Stanford University in California for a year.