Print
Jennifer Keyte is an accomplished journalist, newsreader, presenter, MC and guest speaker who brings sophistication and glamour to all of her roles.  One of Melbourne’s most trusted and respected presenters and with an illustrious career spanning more than 30 years, Jennifer Keyte returned home to Network 10. 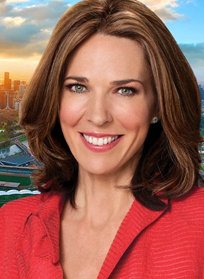 One of Melbourne’s most trusted and respected presenters and with an illustrious career spanning more than 30 years, Jennifer Keyte returned home to Network 10.

After beginning an Arts Degree at La Trobe University, Jennifer soon realised her passions lay in the area of journalism. She had no hesitation in accepting a cadetship with radio station EON-FM in 1980. In a matter of months, she had proved her outstanding ability and talent, and quickly became a graded journalist moving to 3XY where she worked as a journalist and wrote and read news bulletins.

As she honed her skills as a journalist Jennifer was given the opportunity to write and present news bulletins, beginning with the early morning program, Good Morning Australia. It wasn't long before Jennifer was regularly presenting the weekend news.

Jennifer was then enticed to join the Seven Network in 1987. She began reading the main evening news bulletin with Glenn Taylor, and eventually went solo becoming the first woman to host a prime-time news bulletin solo on Australian commercial television. Jennifer also presented the news on Tonight Live with Steve Vizard.

In 1996, Jennifer made an exciting career change joining the Nine Network to host Good Medicine and a one-off series Moment of Truth along with hosting various specials.

Seven and half years later in August 2003, Jennifer returned to the news desk at Seven Melbourne to take up the position of Weekend Newsreader describing the move as a “wonderful homecoming”.

In 2009, Jennifer was proud to receive the Walkley Award for Television News Reporting on behalf of the Seven News Melbourne team, for their coverage of the Black Saturday bushfires and in 2010, a TV Week Logie Award for Most Outstanding News Coverage for the Victorian Bushfires.

When the opportunity allows, Jennifer is a keen theatre goer, a passionate Essendon supporter and enjoys travel, cycling, walking and reading.

Jennifer is committed to contributing to society and gives her time in her chosen charities Royal Women's Hospital and Breast Cancer Institute of Australia. She is also a World Vision sponsor and the patron of the Good Friday Appeal.