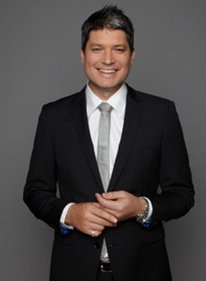 Jesse, you were without a doubt the right choice for the event. Feedback from both members and clients about you has been particularly outstanding. From my perspective, your proactive and creative suggestions leading up to and during the event were received gratefully. Please be assured that I wouldn’t hesitate in recommending you for any jobs in the future and will most certainly keep you top of mind for any of my own events should you be willing to take on another one.

Jesse helped promote a relaxed and humorous atmosphere for our dinner while maintaining the brevity that the event required. Jesse was funny while being highly professional and courteous. As an MC he spoke clearly and naturally and socialised well afterwards. We are delighted with his performance and would recommend him.

Feedback from organisers and participants was that Jesse did a brilliant job and delivered an entertaining performance as well as clear communication throughout the event, introducing speakers. Jesse has a great balance between smart and funny and works great for a function that was semi-formal but added a light yet quality approach to the overall feel and format.

Jesse was fantastic, really professional and friendly. The attendees thought he was brilliant. He kept the evening to schedule and made for a fun night!

Jesse Mulligan travels from Nationwide
Fee Range: Up to $5000

Award winning comedian and presenter for New Zealand comedy show 'Best Bits' – Jesse Mulligan has an extensive and diverse background, having seen success as a comedian, broadcaster, journalist, public relations practitioner, food critic, radio announcer and MC. He even trained as a lawyer.

Originally a Hamilton boy, he worked on More FM’s breakfast show for almost ten years, first in Wellington then Auckland. In between, he had an eventful OE working in PR in London, a story he tells with great humour onstage.

Prior to joining TVNZ, Jesse regularly appeared on "7 Days", "Would I Lie To You" and was a former host of 'Seven Sharp'. Jesse was a writer on these shows and "Jono and Ben at Ten". Jesse’s solo stand up show "Middle Class" was one of the hits of the 2011 Comedy Festival and a career highlight.

Jesse is also the "manbassador" for the charity Bellyful, which provides meals for families with newborn children, as well as families in crisis, and is a restaurant reviewer for Metro magazine.

Jesse is the consummate professional and perfect for your next event!