Print
Jessica Adamson is an award-winning journalist and the long-standing presenter of 7NEWS weekend for the Seven Network. Her career has taken her around the world and seen her cover significant stories from major disasters and crime through to international sports events. 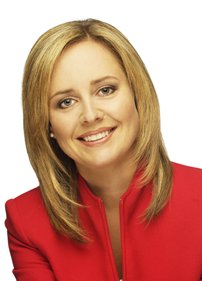 Jessica Adamson travels from SA
Fee Range: Up to $5000

Jessica Adamson is an award-winning journalist and the long-standing presenter of 7NEWS weekend for the Seven Network. Her career has taken her around the world and seen her cover significant stories from major disasters and crime through to international sports events.

A familiar face in the Australian media with a strong connection to rural Australia, Jessica is a popular MC for corporate and community events, and an insightful keynote speaker.

Jessica's upbringing on the family farm at Hallett, in the Mid North of South Australia, gave her a solid background in rural affairs.

Jessica's media career started at the Stock Journal Newspaper after completing a Journalism Degree at the University of South Australia. She joined 7NEWS in 1997 and in that time has forged a reputation as one of the state's finest journalists.

Jessica was the 7NEWS crime reporter for more than a decade - but she has also amassed a great deal of experience covering national and international stories for the Seven Network.

Jessica's extensive reporting roles at Seven include the Sydney and Beijing Olympic Games, the Tour de France, the Beaconsfield Mine disaster, the drug trials of Michelle Leslie and The Bali Nine, the Bali bombings and the devastating Boxing Day tsunamis, where she spent time reporting from the devastation in Banda Aceh.

In 2015 Jessica was announced the Best Broadcaster of the Year at the SA Press Club Awards. Jessica has won a number of other awards during her time at Seven, including SA Journalist of the Year (2006).

As well as the role of weekend 7NEWS presenter, which Jessica commenced in December 2014, she works as a journalist with the 7NEWS team.

Jessica is a passionate ambassador for CanTeen - the Australian organisation for young people living with cancer, and the Royal Flying Doctor Service. She's also an advisory board member for Breakthrough Mental Health Research Foundation.

Jessica is married to Dave and they have twin boys, Angus and Louis, and a daughter, Sophie.