Entrepreneurial business speaker and National Telstra Businesswoman of the year Jodie Fox is the Chief Creative Officer and co-founder of Shoes of Prey, a website where woman can design their perfect pair of shoes. 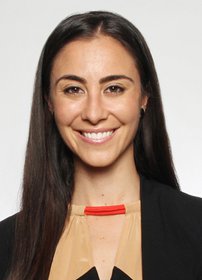 Jodie was absolutely fantastic. She engaged with our audience, gave a great presentation she is the total package and we would bring her back anytime.

Entrepreneurial business speaker and National Telstra Businesswoman of the year Jodie Fox is the Chief Creative Officer and co-founder of Shoes of Prey, a website where woman can design their perfect pair of shoes.

Having gained global recognition for co-founding Shoes of Prey a career as a "Fashion Designer" didn’t come first.. try finance lawyer and advertising account manager prior...and she did it all before 30

Driven by her passion for shoes, but frustrated by her endless hunt for exactly what she was looking for, she decided to take matters into her own hands, and in 2009 launched Shoes of Prey, the first company to offer women the opportunity to design their own shoes online, breaking even within two months and hitting multi-million dollar revenues within two years. Today Shoes of Prey is a global multi-million dollar company with a syndicate of influential investors.

Jodie Fox was named National Telstra Businesswoman of the year, private and corporate, in 2011, and has been named in SmartCompany's ‘Hot 30 Under 30’ three times. In 2013, Shoes of Prey's first store won Store Design at the World Retail Awards; also in competition were Karl Lagerfeld with his concept store in Paris, and Puma's Osaka flagship store. 2014 continues with entrepreneurial, influential women and style awards.

Jodie is an inspirational speaker who shares her story openly and gives insight to other business people on how she reached her marketing achievements, specifically in relation to social media campaigns. She is a fantastic role model for other business owners and has a true passion for empowering women to express their personal style.

•How to deal with failure

•Retail: Clicks to bricks, multichannel retailing, the future of retail

•Stopping expertise from getting in the way of a good idea