Print
Vivacious Jodie Oddy is co-host of the top rating Adelaide Breakfast radio show Mix 102.3.An unapologetic sports freak, Jodie represented the Tasmanian youth teams in netball and softball, before embarking on a career of... 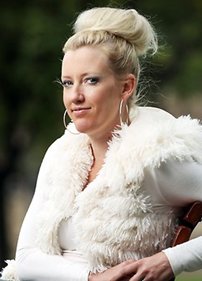 
An unapologetic sports freak, Jodie represented the Tasmanian youth teams in netball and softball, before embarking on a career of professional sports watching! With a sound knowledge of everything AFL, cricket, soccer and tennis, Jodie fulfils her continued passion for netball as Ambassador of the Adelaide Thunderbirds and player/coach of the Wildcat C2s.

Jodie was born in Canberra and raised in Tasmania. She graduated from Griffith University with a bachelor of communications majoring in Journalism and marketing in 1997.

After a stint as a cricket WAG on tour, Jodie worked as the community switchboard director at SAFM, before moving into the newsroom as weekend sports reporter for Triple M Adelaide.
Jodie worked at Channel 10 Adelaide for six years as a news presenter, sports presenter and weather girl, so she’s a true all-rounder.

Jodie is married to Greg Oddy who, despite being the captain of the Australian Ice Hockey team, still has his own teeth! Jodie is also mother of beautiful Taylor (11 years old) and gorgeous Payton (1 year old).

Jodie supports the McGrath Foundation, having shared a treasured friendship with Jane McGrath.

Jodie’s quick thinking and communication skills mean she adapts quickly to any role, which is a unique skill that has been put to the test at many events in her role as MC and host.
Subscribe
© 2022 Platinum Speakers