John Bertrand AO is a businessman, international sportsman, and philanthropist. He was instrumental in five America’s Cup campaigns over 25 years of international competition, both sailing, management, skipper of Australia 11 and chairman of oneAustralia.  He skippered the winged keel Australia 11 to victory over the US Defender Liberty to win the 1983 America's Cup, ending 132 years of American domination. 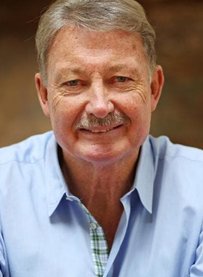 John had the room breathless, very suitable for the audience. The video he used brought out patriotism we haven't felt for a long time. Incredibly inspirational.

John was one of the better speakers we've had so far. He showed a genuine interest in our company and it's workings prior to the conference so he was able to tailor his presentation around relevant issues for us. He held our audience captivated, which is no easy task.

John provided valuable insight into the complexities of leading a high performance team for an extended period with a specific goal in mind. He provided his views on leadership in relation to that task and how issues including team morale were maintained over that period. He related that to a law enforcement environment reflective of the current challenges faced in respect to Australia's national security issues.  Apart from being mesmerized by your views and values, the lasting impression I have of our meeting is your capacity to "listen". It is a leadership trait I try to emphasise throughout our Program - "first seek to understand - and then, to be understood.

Feedback received was very positive. John was down to earth and realistic in his views. He shared information and thoughts that the audience could relate to.

A true gentleman with a great story to tell, will tailor his experience to work within clients requirements thus presenting a strong message of team work, ability to change and take risks.

John Bertrand AO is a businessman, international sportsman, and philanthropist.

In his business career, he built companies in the marine industry, property development and digital media industries including co-founder and chairman of Quokka Sports, a pioneering digital sports broadcast company based in San Francisco.

He was instrumental in five America’s Cup campaigns over 25 years of international competition, both sailing, management, skipper of Australia 11 and chairman of oneAustralia. These high technology multi $million campaigns typically extended over 2-3 years, utilizing the most advanced technologies and human resources available.

He skippered the winged keel Australia 11 to victory over the US Defender Liberty to win the 1983 America's Cup, ending 132 years of American domination and in the process, breaking the longest-running record in the history of modern sport.

When Australia 11 finally crossed the finishing line (after coming from 3 races to 1 down), the nation celebrated as never before.

Prime Minister Bob Hawke summed it up…”any boss who sacks anyone today for not turning up is a bum!”

John is currently president and chairman of Swimming Australia, representing over 4.5 million participants and responsible for the country’s most successful Olympic team.

He is also chairman of The Sport Australia Hall Fame and formerly chair of the Alannah and Madeline children’s foundation.

He has an Honorary Doctorate from Victoria University and is a Vice Chancellor Professorial Fellow at Monash University with particular focus on high end leadership.

He holds a Mechanical Engineering degree from Monash University and a Master of Science from MIT in Boston.

In 2016, his Order of Australia AM award was upgraded to AO…in recognition for sporting administration, in particular swimming and sailing, children’s welfare, higher education and mentoring of young people.

The Essence of Leadership

The Principles of Leadership