Print
John Curtis is a former green-beret commando and Australian Army Officer. He is also an expert in wilderness survival which he taught for 27 years and was the survival consultant for the ‘Australian Survivor’ TV programme. In 2004 he began... 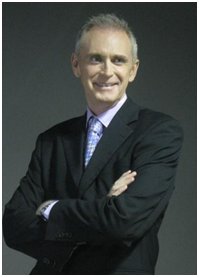 John Curtis travels from QLD
Fee Range: Up to $5000

John Curtis is a former green-beret commando and Australian Army Officer. He is also an expert in wilderness survival which he taught for 27 years and was the survival consultant for the ‘Australian Survivor’ TV programme. In 2004 he began rescuing children from brothels in Thailand and continued to do so with a small group of volunteers until he set up the ‘The Grey Man’ charity in 2007.


In that time The Grey Man has grown from a small group of people operating in Thailand on an ad hoc basis to an international organisation and registered charity operating in Thailand, Cambodia, Malaysia, Burma, Vietnam, and recently Nepal and India with a growing media presence. It now has a support base of 4000 people and a pool of operatives who work throughout the year. All of this has been achieved without a single full-time employee.
The Grey Man is an international organisation dedicated to eradicating the trafficking and exploitation of children. Our main role is the rescue of children from traffickers. However, early on we realised that rescuing children was not enough. Once they enter sex work they can become socialised to their life there and it becomes difficult to convince them that they deserve something better. Many of them will be physically or psychologically damaged and face the prospect of death from AIDS. We realised that we needed to stop them from entering the sex trade in the first place. Based in Brisbane, Australia our activities are focused on the countries of South East Asia.
John Curtis has been called upon to speak at schools, church groups, Rotary, Zonta and Lions clubs and at large events because of his work in The Grey Man. John has lectured in many countries and in 2007 was a speaker at a conference for 500 medical practitioners in Adelaide where he spoke about ‘The Advantages of Beauty’. He was the keynote speaker at the Halogen Young Leaders Day for 800 teenagers and in September 2010 spoke to young leaders from the Queensland Servant Leadership Forum at Parliament House annexe talking about leadership. He continues to speak at numerous functions throughout the year.
John usually speaks on one of the following subjects: The Story of The Grey Man, Leadership, Inspiration and motivation, Finding purpose, Human beauty (he is an anthropologist with 15 years experience in this area and has written numerous articles for cosmetic surgery and beauty magazines).

John and his work has been featured numerous times in the media
On television: John and his work with The Grey Man were a focus of an ‘Australian Story’ episode on ABC. He was also featured on Channel Ten News, Sky News, The 7:30 report and Channel Seven’s ‘Sunday Night’. As a survival instructor he has appeared on ‘Getaway’, ‘The Great Outdoors’ and ‘Healthy, Wealthy and Wise’
On radio: ABC-Richard Fidler’s Conversation Hour, Triple J’s ‘Hack’, Richard Aedy’s ‘Life Matters’, Kelly Higgins-Devine’s ‘Drive Time’, and ‘Mornings with Madonna King’ and others
Newspapers: ‘The Australian’, ‘Sydney Morning Herald’, ‘The Age’, and ‘Brisbane News’.
Magazines: ‘Rolling Stone’, ‘Penthouse’, ‘The Good Weekend’, ‘GQ’ and ‘The Diplomat’
Subscribe
© 2022 Platinum Speakers