John Silvester’s knowledge and insights into the Underworld is incredible. His presentation is highly entertaining and humorus. “Sly” provides a unique perspective into the underworld world like you’ve never heard before. 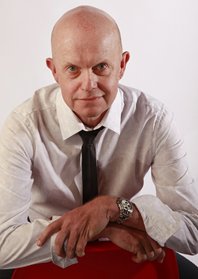 Very positive comments received – not one negative which is hard to achieve with a large mixed audience. Would highly recommend John as 'simply entertaining'.

John was excellent, he was very well received, professional and very generous with his time.

John was brilliant, very entertaining, the best speaker we have had so far, all our clients loved him. He is a great story teller and hilarious.

“John’s presentation this morning was just terrific.  He indeed has a riveting story.  Feedback from the staff has been hugely positive and we are all amazed with/by his story.”

John Silvester travels from VIC
Fee Range: Up to $5000

John Silvester has been a crime reporter based in Melbourne from the late 1970s. He has written, edited and published crime books that have sold more than 1 million copies in Australia.

His work was adapted into the top rating Underbelly television series shown on Channel Nine and he has acted as presenter in a series of award winning television crime documentaries.

He won the 2007 Graham Perkin Australian Journalist of the Year and was highly commended in the same award in 1998 and 2014.

In 2008 he was judged the Victoria Law Foundation Legal Reporter of the Year.

He presented ABC documentaries Trigger Point, an in depth examination of police shootings in Victoria and Conviction, a study of the police investigation into the murder of Jill Meagher. Conviction won the 2017 Logie for Outstanding Factual Program.

In 2018 he was inducted into the Australian Journalism Hall of Fame.

He is the senior crime reporter for The Age and appears on 3AW as crime commentator Sly of the Underworld. He has given evidence in Royal Commissions on crime and corruption.