Print
Graduating with a Bachelor of Business from the University of Sunshine Coast, Jonty Bush commenced a seven-year career in Human Resource Management including recruitment, learning and developing, training and policy development. Following the... 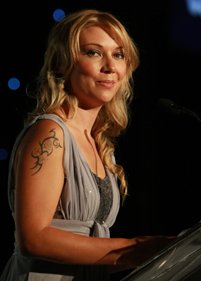 Jonty Bush travels from QLD
Fee Range: Up to $5000

Graduating with a Bachelor of Business from the University of Sunshine Coast, Jonty Bush commenced a seven-year career in Human Resource Management including recruitment, learning and developing, training and policy development. Following the homicides of her nineteen year-old sister and father, Jonty, aged 21, joined with the Queensland Homicide Victim Support Group (QHVSG) to support other families bereaved by violence and raise awareness surrounding victim’s rights. Jonty has advocated for the rights of victims of violent crime for the past decade.


She was appointed as CEO of the QHVSG in 2007, and in 2009 was named Young Australian of the Year for her work including the development and promotion of the One Punch Can Kill anti-violence campaign.

Jonty has since completed her Masters in Criminology and Criminal Justice with Griffith University, she was appointed to Queensland’s inaugural Sentencing Advisory Council and has continued to work and support government and community organisations with anti-violence and crime prevention strategies.

Jonty Bush is currently an Ambassador for AngelHands and the Sunshine Coast Family Contact Centre. She is a board member of the Protect All Children Today Foundation, and in 2012 co-founded Project 24 to raise funds and increase the capacity of organisations responding to and preventing gendered-violence.

Jonty continues to travel Australia speaking with organisations, community groups, schools and collectives around the impact of violence, and how one person can make a difference, she is regularly quoted in print media, appears in radio and television programs, and has had a number of opinion pieces featured in print and online.

Her personal story is absolutely unique, and her message of resilience, strength and post-traumatic growth will reach and impact every member of your audience. Jonty’s strength is her ability to converse with her audience, particularly around the sensitive topics of loss and hardship, with tact and warmth.

Jonty Bush customises her presentations to clients’ individual needs, and is most commonly booked around themes of:
•Powerful decision-making
•Living purposefully, not succumbing to ‘victim-hood’
•Personal resilience, strength and overcoming adversity
•Embracing change as a catalyst for personal and professional growth
•Leadership and community mobilisation
•Law reform, advocacy and social entrepreneurship
•Violence in Australia and violence-prevention

School-based sessions: Jonty has attended a number of primary and high schools to discuss issues around violence and justice administration with students. She has been regularly called upon to share the One Punch Can Kill message, encouraging students to set their personal standards high and to choose peaceful methods of conflict resolution.
Subscribe
© 2022 Platinum Speakers