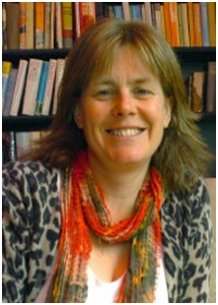 Julia Hailes is a leading opinion former, freelance consultant and speaker on social, environmental and ethical issues. Her work includes environmental reviews, management briefings and advising companies on policy, strategy and communications.
Julia Hailes is author or co-author of nine books, including the international No.1 best-selling Green Consumer Guide published in 1988 and selling over one million copies worldwide. Other books include: Green Pages - the business of saving the world (1987); The Green Consumer's Supermarket Shopping Guide (1989), The Young Green Consumer Guide (1990); The Green Business Guide (1991), Holidays that Don't Cost the Earth (1992); Manual 2000 (1998) and The New Foods Guide (1999). Her most recent book, The New Green Consumer Guide was published in 2007 by Simon & Schuster.
In 1987 Julia Hailes founded SustainAbility Ltd with John Elkington, where she was Director and Company Secretary until 1995. SustainAbility is a leading edge consultancy with an international profile. Between 1994 and 2000 she was a non-executive director of Out of this World, a small chain of 'alternative supermarkets' and between 2001 and 2006 a non-executive director of Jupiter Global Green Investment Trust, set up by Jupiter Asset Management.
Julia Hailes has spoken at conferences, seminars and workshops world-wide including Australia, New Zealand, Japan, Canada, the US and all over Europe. In 2007 she made at least 25 presentations during the year and is on the books of several speaking agencies. She has also made numerous television and radio appearances in Britain and abroad including presenting a weekly series of environmental programmes on UK network television.
In 2003 she helped set up the Haller Foundation, and in 2008 she is still a Trustee. This charity supports environmental conservation through grass routes initiatives such as farmer training and community education. She also sits on the the Food Ethics Council, which promotes more sustainable food and farming practices and the board or the Ecos Trust, which promotes green building practices.
Julia Hailes has been on a number of judging panels including Great Britons both 2005 and 2007, the Green Awards 2006 and the first Rushlight Awards, for renewable energy technologies, which was held in 2007. She has written a regular monthly column for BBC online and the Western Daily press on food and sustainability issues; worked with the International Institute of Environment & Development (IIED) on benchmarking supermarkets progress towards a greener fairer food system; has sat on the UK Eco-labelling Board since it started in 1989 and was appointed Deputy Chair to its successor the Advisory Committee on Consumer Products and the Environment (ACCPE) from 1999 to 2005, when it was disbanded.
Subscribe
© 2022 Platinum Speakers