Print
Best known as host of the SBS hit TV program RocKwiz, Julia Zemiro's corporate hosting and MC work is in constant demand. Julia Zemiro is a regular MC and debater in the corporate arena, a role she adores. 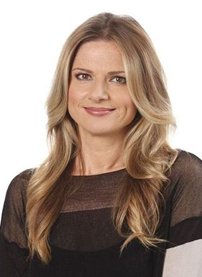 Julia was vivacious, friendly, charismatic and relevant to the environmental cause.

Julia Zemiro as host of Opera in the Vineyards 2009 - what can I say... this lady has it all, she's brilliant, clever, witty and totally stunning. She was an absolute professional and a great pleasure to work with. I really hope we can work together again very soon!

The dinner was a great success due, in no small measure, to Julia's witty and entertaining performance as MC. It was a real pleasure to work with her.

Just wanted to let you know how wonderful Julia was last night. The IKEA team absolutely loved her and thought that she was the perfect 'host' for the launch. We also had heaps of positive comments from the media and other guests about Julia's unique humour, charm and professionalism. Everyone had a great time, and Julia played a major part in making the IKEA Catalogue launch a great success, so please thank her again.

Julia Zemiro’s extensive theatre career has seen her take part in many productions, including a tour with the Bell Shakespeare Company. She also starred in Goodbye Vaudeville Charlie Mudd for Malthouse Theatre and Arena Theatre Company, Love Song for The Melbourne Theatre Company, Two for the Road: the Music of Movie Maestro Henry Mancini for Adelaide Festival Centre and Eurobeat for the International Comedy Festival.

Julia has earned nominations for Best Actress at the Green Room Awards for her roles in independent theatre productions, True Adventures of a Soul Lost At Sea and Macbeth. She has also won the Best Actress award at Tropfest twice, for her lead roles in the short films The Extra and Muffled Love.

Receiving rave reviews for her world premiere of Julia Zemiro’s Comfort Zone at the Adelaide Arts Festival in 2010, Julia has also taken Rockwiz to new levels with ongoing successful national tours of RocKwiz Live and appearances at festivals across Australia.

Julia has become a household name due to her diverse range of work in television, such as her appearances in Good News Week, Thank God You’re Here, The Agony of Life, Randling, It Takes Two, Salem Cafe, Conspiracy 365, QI, An Accidental Soldier and Lowdown. She has also hosted the wildy successful Julia Zemiro’s Home Delivery and The Heart of Eurovision, co-hosted the Eurovision Song Contest with Sam Pang and What A Year with Bert Newton, written and performed in Totally Full Frontal and won the title of Australia’s Brainiest TV Star.

Additionally, Julia Zemiro has hosted many charity events and corporate conferences. She is also highly regarded for hosting and presenting at award evenings including the If Awards, the APRA Awards, The Helpmann Awards, the Aria Hall of Fame, The Green Room Awards, The Australian Directors Guild Awards and The AFI Awards.