Print
Justin Langer’s success is the result of hard work and a strong determined will. His sincerity, strength of purpose, humour and broad appeal has also made him a much sought-after corporate speaker.  His presentations include a bridge between the business world and the world of competitive sport, paralleling the highs and lows, the fears that must be overcome, and the largely unseen preparation and teamwork required for success. 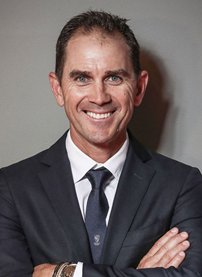 Testimonials for Justin Langer AM

"Justin's ability to relate to the audience was first class. The relevance of his anecdotes to business and personal life was great. Very impressive speaker. We were particularly pleased that he spent so much time mixing with our guests, signing autographs, and in general became such an integral part of our event."

"It was a slightly risky thing for us to book someone like Justin for our members as our luncheons are usually industry specific and technical. I am glad we went with Justin as he made our function such a resounding success. Excellent speaker who is both entertaining and inspiring."

"Justin was perfect for our small gathering of very important clients. Each was able to speak directly to him and he gave them all his undivided attention. His presentation was also excellent, and we have had great feedback from our clients."

"Justin held us captive from the start of his presentation until the end and left us wanting more. His presentation was outstanding. Justin contacted us prior to the event for guidance as to what we wanted from his presentation and we provided him with the theme and the outcomes we wanted to achieve. He delivered an excellent presentation incorporating all the elements we requested. Feedback from staff who attended has been very positive and we would not hesitate in recommending Justin to any organisation looking for an inspiring and entertaining guest speaker."

“There is no doubt in my mind that Justin was one of the very best speakers we’ve engaged to speak to our mortgage brokers and industry partners in the 13 years I’ve been at Australian Finance Group. We hosted a Zoom session with almost 800 attendees and the feedback was phenomenal! Justin spoke candidly about leadership, personal development, personal accountability and the people element required to build a winning culture. We are grateful for the time he provided and the way he was prepared to answer questions from our guests. It was one not to be missed.

Listed below are some of the comments we received.

• This webinar was incredible. Justin Langer is an absolute legend. The energy and

• This is fantastic, good on you AFG for getting Justin Langer on, this webinar is the best

• Thanks Justin, that was sensational and inspiring. I had goose bumps!

has taken the time out of his day to speak to us. I was enthralled.

• Great presentation and stories to take away and try to implement in our business.

Until the announcement of his retirement from test cricket in 2007 Justin was one of Australia’s great top order batsmen.  Originally playing at number three he moved to opener in 2001 and played 105 test matches scoring 7,696 runs including 23 test centuries. Few have worn the baggy green with greater pride.

Along with Matthew Hayden, Justin formed a hugely successful opening partnership, which ranks as the best in Australian history and featured six double century stands.

Justin and Matthew drew much satisfaction from their combined efforts and often described their on-field partnership as a “team within a team.” It was therefore fitting that when Justin played his last game for Australia in the final match of the 2006/07 Ashes Series both Matthew and Justin were at the crease to score the winning runs which returned the Ashes to Australia.  He retired in the same Test match as Shane Warne and Glenn McGrath.

In July 2009 whilst playing country cricket in the UK Justin surpassed Sir Donald Bradman as the most prolific batsman in Australian cricket with a total of 28,068 first class runs.

After six very successful years as Coach of Western Australia Justin was offered the highest position in Australian cricket in May 2018 when he was appointed Coach of the Australian cricket team. After four years in that all-encompassing role Justin resigned to spend more time with his family and friends.  Leading into his decision, the Australian men’s Test cricket team had won the T20 World Cup for the first time, the Ashes and were ranked the number one team in international cricket.  At the same time, Justin was entered in the Australian Cricket Hall of Fame and was awarded Wisden’s Coach of the Year.

Justin is patron of Solaris Care, Children’s Leukaemia & Cancer Research Foundation, Kyle Andrews Foundation and an ambassador for The Fathering Project, the Ear Science Institute Australia, the Bravery Trust and Ovarian Cancer Australia. He was named as a Member of the Order of Australia (AM) for his services to Australian cricket and the community in 2008 Queen’s Birthday Honours List. He has written six books and is in the process of writing his next book on Leadership.

Justin’s success is the result of hard work and a strong determined will. His sincerity, strength of purpose, humour and broad appeal has also made him a much sought-after corporate speaker.  His presentations include a bridge between the business world and the world of competitive sport, paralleling the highs and lows, the fears that must be overcome, and the largely unseen preparation and teamwork required for success.  He has addressed conferences, seminars, corporate and government events in most Australian states, London, Bangkok, India and South Africa.

THE MAN IN THE ARENA

DEALING WITH THE MEDIA

THE POWER OF CURIOSITY

FIGHTING BACK FROM ADVERSITY

SUCCESS AND THE AUSTRALIAN CRICKET TEAM

MANAGING THROUGH A CRISIS – (Australian cricket: from South Africa Sandpaper

BUILDING AND REBUILDING A CULTURE

WORKING TOGETHER AS A TEAM (We not Me).