Print
Justin North is no stranger to awards, including being named GQ Chef of the Year 2010, Becasse having held on to two coveted Chef’s Hats since 2003, Becasse named Best European Retaurant in Australia in 2009 and Justin named as Chef of the Year... 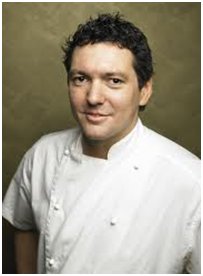 Justin North is no stranger to awards, including being named GQ Chef of the Year 2010, Becasse having held on to two coveted Chef’s Hats since 2003, Becasse named Best European Retaurant in Australia in 2009 and Justin named as Chef of the Year 2009 by the Sydney Morning Herald Good Food Guide.


Justin North, chef and proprietor of Sydney restaurants Becasse and Etch began his culinary career in New Zealand in 1992. During his apprenticeship he won a number of accolades for his cooking including, in 1993 attaining the title of “Commis Chef of the Nation” at the Culinary Olympics and the New Zealand “Apprentice Chef of the Year” in 1994. Justin developed a passion for French cuisines and travelled to Europe in 1996 to work in the kitchen of Le Manoir aux Quat’ Saisons with Raymond Blanc. Justin returned to Sydney to join one of the city’s most exciting kitchen teams – with Liam Tomlin at Banc.
In November 2001 Justin opened his first restaurant – Becasse in Surry Hills with his wife Georgia. Becasse met with instant critical and public acclaim and was named Best New Restaurant in 2002 and Best European Restaurant in Australia 2004 by the Restaurant and Catering Association: IN July 2005 the North’s relocated Becasse to 204 Clarence St and the restaurant has developed and evolved into one of Sydney’s premier dining spaces.
Justin North is passionate about “ethical eating” and sustainable produce; at Becasse her regularly hosts the popular “Producer’s Lunch Forum” highlighting the work of Australia’s most innovative and dynamic producers.
In addition to Becasse, Justin and Georgia also operate Etch, which opened in November 2008 serving casual European cuisine at reasonable prices and two cafes – Plan B and Le Grand Café at the Alliance Francaise. Justin and Georgia have most recently opened gourmet burger bar Charlie & Co in the highly anticipated and luxurious Westfield mid City centre.
Justin is the author of two award winning books Becasse: Inspirations and Flavours and published French Lessons. Both books have been re-issued in 2010.
Justin’s TV credits include guest spots on Masterchef Australia and Junior Masterchef as well as appearances and cooking segments on The Lifestyle Channgel’s Christmas Special, Mercurio’s Menu (a Sydney Special) and The Circle.
Subscribe
© 2022 Platinum Speakers