Karen Tighe is a highly respected ABC TV, radio sports presenter and broadcaster constantly called upon in the corporate arena to emcee and facilitate anything from Awards Ceremonies and Dinners through to multi day Conferences. 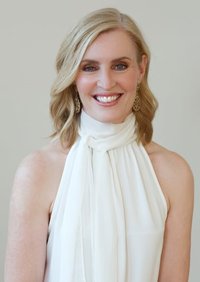 "Excellent MC. Karen is very professional and kept the evening moving extremely well which was vital as there were 31 awards to present. Based on her excellent performance at the W.A. Awards we subsequently booked Karen to host the Australian Tourism Awards."

"Karen's natural warmth and ease brings a wonderful tone at the C2030 Conference. She is interested in what's going on and chats easily to everyone. On top of that, she was so helpful and offered herself up to support others during the conference. We LOVE Karen and would not hesitate to recommend her to anyone who is interested in securing the best MC they would ever hope to find. Her ability to read the room and be smart enough to capture the moment takers her performance to another level and best of all, her time management is a real strength. She was able to pull people back as required."

"Karen's considerable experience as an MC for this type of work was invaluable – she offered opinions when there were quick changes and was able to adapt very easily. She has a very warm approach and her excellent speaking voice was much appreciated by the audience. Excellent performance."

“Karen was an outstanding MC for the Best on Earth in Perth’ launch.  We received many comments on her polished performance.”

“We have received many unsolicited compliments from delegates, some of whom described it as the best conference they had attended, and ‘whose wonderful idea was Karen Tighe’. Karen’s amazing stage presence, audience control and professional approach to the four day event made my life a dream.”

“Karen is very professional and her approachable style makes it a pleasure to work with her.  She was well organised and many of our conference delegates commented on the great job Karen did on the day. Excellent performance.”.

Karen Tighe travels from WA
Fee Range: Up to $5000

Karen Tighe has been a regular face and voice of ABC TV and radio sport since joining the ABC in 1989.

After completing a Bachelor of Arts degree in Communications and Psychology at Macquarie University in Sydney, Karen spent eight years as a TV sports broadcaster and presenter, anchoring golf, tennis and other major sporting broadcasts on the ABC network.

In 1997, she made the move to ABC Radio as the presenter of the weekend national sports program ‘Summer Grandstand’ – a role she still enjoys from her adopted home town of Perth.

She was part of the Friday night fun of ‘Live & Sweaty’ on ABC TV in the early nineties and for six years presented sport on ABC TV’s weeknight news in Perth.

Karen was also the regular host of ABC TV’s annual coverage of the Hopman Cup tennis tournament from 1994 to 2010.

She was the Media Award winner at the 2000 and 2001 Australian Sports Awards.

Karen is married to former ABC sports commentator Glenn Mitchell and is mother of James.