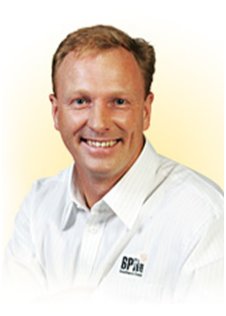 Karl Langdon travels from WA
Fee Range: Up to $5000

Karl Langdon is one of Western Australia’s leading Sports Commentators and Radio Personalities. He was one of Western Australia’s highest profile AFL players.
Karl has an incredible sporting history. His interest and passion for sport has always been evident and during his schooling at Guildford Grammar School he was captain of the cricket, football and athletic teams and in 1985 won the school's Sportsman of the Year Award. In 1986, Karl began his WAFL career with the Subiaco Football Club before the West Coast Eagles drafted him in 1987. He played over 100 games with the West Coast Eagles and contributed to the Eagles’ first ever premiership in 1992. Karl also represented Western Australia, in football, on five occasions Karl was a dynamic centre half forward player who always provided the crowd with an exciting and entertaining game to watch. In 1996 he retired from football to become one of the country's most dynamic football commentators. His main interest and focus now lies with commentating within this exciting field.
Karl Langdon specialises in motivational team building speeches, hosting quiz nights, guest speaking, radio & television voice-overs, presentations at sporting club functions and the running of auctions and fundraising events.
Subscribe
© 2022 Platinum Speakers