Print
An absolute inspiration 2013 Australian of the Year Nominee Kay Danes' life reads like a Hollywood script. In fact it would make a great dramatic movie. Kay’s humanitarian contribution is incredibly inspiring and every opportunity to see her speak should be made. 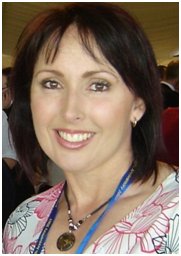 "For the past 15 years I have secured the services of some of the most dynamic and professional speakers and trainers in Australia, with six or more speakers each year. Five minutes after Kay commenced her presentation, every person in the room was silent and dumbfounded with the content of Kay's message and the humility and humour she showed in her delivery. I have never been more surprised and impressed by any other speaker and can thoroughly recommend Kay to any organization in need of an inspirational presentation" –

'What a presentation Kay's got. What a great story!'

"Kay is an inspirational delightful speaker who presents with confidence, clarity and a wealth of experience. I recommend her highly as a motivational speaker."

'Kay's a fantastic speaker and I really admire where she's been and what she's done.'

An absolute inspiration 2013 Australian of the Year Nominee Kay Danes' life reads like a Hollywood script. In fact it would make a great dramatic movie. Kay’s humanitarian contribution is incredibly inspiring and every opportunity to see her speak should be made. Kay and her husband Kerry were working as security managers in a communist state when they were taken hostage. The couple endured torture and mock executions. Their freedom came almost a year later, through Australian Government intervention.

Since then, Kay has become one of Australia's most recognised humanitarians. She has earned the respect of many around the world for her tireless commitment to community safety and social justice. Her contributions to bridging communities through understanding and empathy, is recognised by senior Government officials in Australia and overseas. Her humanitarian efforts in Afghanistan in particular, became an integral part of a national debate on Australia's commitment in Afghanistan.

Kay has over 15 years security industry experience. She has provided key consultation to numerous Government agencies, Non-Government organisations and Defence Organisations, on a broad range of issues. She has addressed several U.S. Congressional forums on democracy, human rights and normalized trade relations, the US National Press Club on torture and arbitrary detainment, and the Conference on World Affairs as a panellist speaking on genocide, slavery, human trafficking, trial by media, torture and Post Traumatic Stress Disorder, to an audience of 91,000. Previous panellists have included - Eleanor Roosevelt, Patch Adams and US Vice-President Joe Biden.

Kay continues to provide humanitarian support to the Zambian Orphans of death row prisoners. She is equally determined to assist impoverished people in SE Asia. Her efforts contributed to the building of a school and medical centre for refugee children in Cambodia. She was honored in April 2006 by becoming an Ambassador for the US based International Relief Centre. Kay's journey is incredibly inspirational and has helped thousands of people all throughout the world face their own struggles with greater determination.

In October 2008, Kay embarked on another humanitarian mission in the war zone - Afghanistan. As the Australian Consultant for the Child Light Foundation, a US based Charity; Kay Danes significantly contributed to making a difference in the lives of the women and children in Afghanistan, through education, health & welfare services, vocational training and agricultural programs and workshops. Kay Danes is a prominent Australian who is frequently called upon to give expert opinion on world affairs relating to foreign internment and human rights. She is an advisor to numerous corporations seeking security advice for their employees operating overseas.

2013 Australian of the Year Award Nominee, 2012 Australian of the Year State Finalist & Rotary Paul Harris Fellow for International Service. Kay Danes was congratulated by the Australia Day Council "for setting high standards of excellence and contributing in ways that inspire us all". Kay is a volunteer Australian liaison officer for The Childlight Foundation for Afghan Children. Kay Danes is also the bestselling author of highly acclaimed books: Families Behind Bars (2008 & second edition 2011), Standing Ground (2009) and Beneath the Pale Blue Burqa (2010).